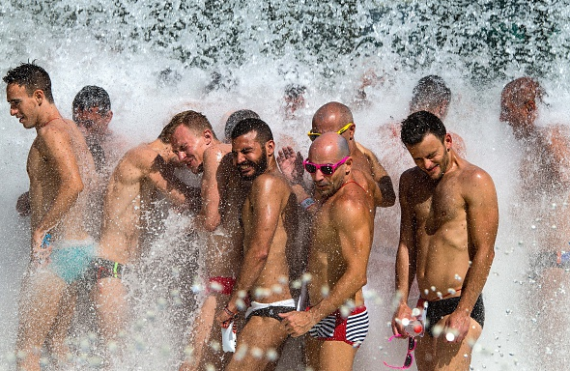 Grindr sold 60% of its stock shares to a Chinese partner, which has caused all sorts of reactions in the Silicon Valley. Some are saying that Grindr is looking to get a stronger hold in China against its alternative called Blued app.

Whatever Grindr's motives were, it sure is valued a lot higher than before it sold its stocks to China!

According to the Guardian, "Grindr, the dating and social networking app for gay and bisexual men, has hooked up with a Chinese partner for its first ever outside investment. The gaming company Beijing Kunlun Tech paid $98.4m (£68.4m) for a 60% controlling stake in Grindr, valuing the California-based business at $155m. It is expected to use the app's popularity as a way of boosting income from outside China by directing users towards its games."

This is one of the most surprising things that happened in the American tech world!

Seeing how homosexuality is severely discriminated against in China, this is an unusual move by the Chinese company that decided to invest in the company's future. But this does put some advantage in Grindr's field as it starts to compete globally with apps like Blued and other foreign apps for gay and bisexual men.

Maybe Grindr should start branching towards female homosexual population too.

But having sold 60% of its stocks to another company, Grindr may face a lot of limitations and collisions of visions as it continues to gain more users across the world. This means that the Chinese company will have a big say in its development on a big level.

Do you think Grindr will regret making this chose to sell off majority of its stocks towards a third party? Let me know in the comments below!