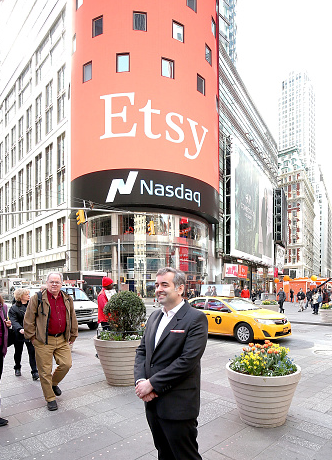 Etsy stock prices are scraping bottom - but this isn't a phenomenon singular to handcrafted goods online store. It looks like drop in stock price is a rather widespread disease in the tech industry as investors are losing hope that these innovative companies like Twitter and GoPro will be able to churn out big profits.

According to Investor Place, "Etsy - the global marketplace that helps people to make, sell and buy unique goods - lost 11% on Monday alone, tumbled a bit more on Tuesday, then slid more than 3% on Wednesday for the cherry on top."

The same source adds, "Add it up, and Etsy stock has shed 76% of its value since its first official day of trading; shares are worth less than half their original $16 market price and are actually at their lowest level since the IPO."

Things are at a stagnant place in the Silicon Valley as apps, software and hardware companies are failing to churn out the big profits that the investors were promised. Etsy especially, seeing how it has been around as a merchandising store longer than before, is finding it hard to keep its customers wandering into Amazon, eBay and a lot other online retailing.

But Etsy might find comfort that its stock price isn't the only thing that has not been doing well in the stock market. The same source reports that "Other recent tech IPOs have also been taking it on the chin, including FitBit (FIT), Twitter (TWTR) and GoPro (GPRO). Meanwhile, as I already mentioned, the stock market has been shaky across the board. Just a few days into the year and coming off a slight decline in 2015, the S&P 500 is more than 7% in the red."

Do you think Etsy will be able to freshen up its brand to lure consumers into its retailing? Let me know in the comments below!