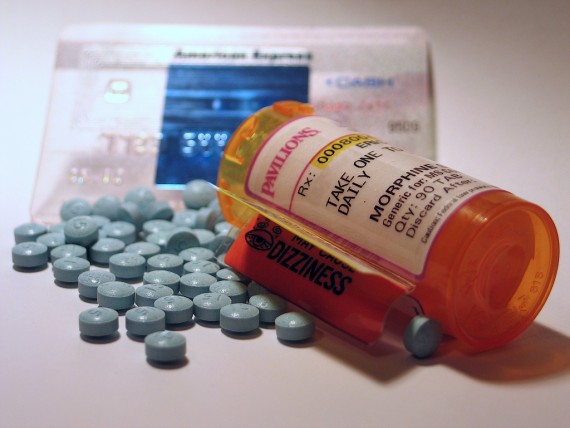 Zohydro, a new painkiller approved by the Food and Drug Administration, is scheduled to be available at pharmacies next month, but is meeting plenty of opposition by people who say the pill has “frightening” effects”. (Photo : sfxeric)

Zohydro, a new painkiller approved by the Food and Drug Administration, is scheduled to be available at pharmacies next month, but is meeting plenty of opposition by people who say the pill has "frightening" effects".

A coalition of over 40 different health care and addiction treatment groups sent a letter to the FDA to persuade officials to revoke approval of Zohydro, according to Washington Times. One petitioner said the pill is highly addictive, calling it the "Next OxyContin".

The drug is hydrocodone-based, and is one of many painkillers referred to as opioid analgesics, CNN reported. The drug was approved last Fall by the FDA as a treatment for chronic pain. Zohydro is set to be available in March.

The coalition stated the release of the painkiller will add to the issue of painkiller addition in the U.S., according to CNN.

"In the midst of a severe drug epidemic fueled by overprescribing of opioids, the very last thing the country needs is a new, dangerous, high-dose opioid," the coalition wrote in the letter.

Congress sent a letter to the FDA last December, asking the company to review the decision to release the pill, AOL reported. The Center for Disease Control and Prevention stated the number of deaths related to opioids quadrupled from 1999 to 2010.

Dr. Andrew Colodny, president of the advocacy group Physicians for Responsible Opioid Prescribing, stated his disgust with the approval of Zohydro, according to Washington Times.

"It's a whooping dose of hydrocodone packing in an easy-to-crush capsule," Colodny said. "It will kill people as soon as it's released."

Dr. Stephen Anderson, who is not part of petition to the FDA, stated his concern with the drug's release, CNN reported.

"You're talking about a drug that's somewhere in the neighborhood of five times more potent than what we're dealing with now," Anderson said. "I've five times more concerned, solely based on potency."

The executive vice president and chief medical officer of Zogenix, the creator of Zohydro, argued for the benefits of the drug, saying they outweigh the risks, according to AOL.

"We do not expect the introduction of Zohydro ER (extended release) to increase overall use of opioids," the vice president said. "In fact, prescription data from the last five years shows that total use of ER opioids is constant and independent of new entrants to the market."