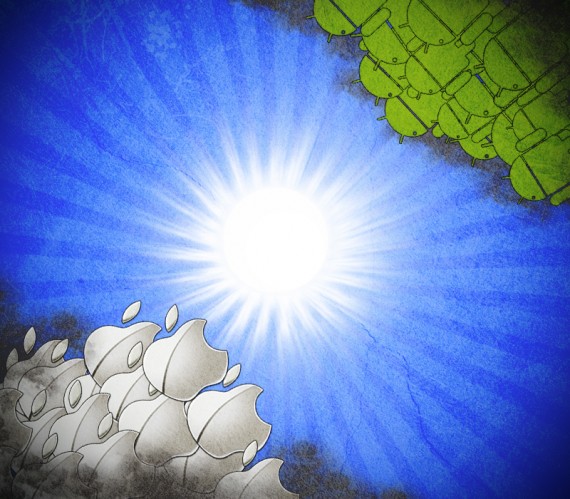 Apple has given up its top spot in the tablet market to Android.(Photo : Flickr)

According to Gartner's research, while the sale of Apple tablets increased roughly by nine million units in 2013 from 61.4 million in 2012, its year-on-year market share declined to 36 percent from 52 .8 percent owing to the phenomenal 127 percent surge in the sales of Android-tablets.The latter improved its volume's tally to 120.9 million, up from 53 million in 2012.

Quoting the research, CNET reported that Apple's market share decline was largely attributable to an increased demand for name-brand and cheap "white-box" products in emerging regions.

In a press release, Roberta Cozza, research director at Gartner said, "In 2013, tablets became a mainstream phenomenon, with a vast choice of Android-based tablets being within the budget of mainstream consumers while still offering adequate specifications."

Pointing to the rise of Android tablets based on the research, The Droid Guy reported that Android OEMs quickly overcame their initial shortcomings witnessed in the last three to four years since their arrival to capture a large share of the market even as Apple's share declined.

"Apple's tablets remain strong in the higher end of the market and Apple's approach will continue to force vendors to compete with full ecosystem offerings, even in the smaller screen markets as the iPad mini sees a greater share", Cozza said in the release.

Gartner's research also showed that Microsoft's tablet volumes improved in 2013 but remained relatively small though the Redmond giant is seen to be rapidly evolving its windows 8.1 environment.

"Microsoft needs to create compelling ecosystem proposition for consumers and developers across all mobile devices, as tablets and smartphones become key devices for delivering applications and services to users beyond the PC," Cozza said in the release.

The world-wide sale of tablets last year touched 195 million units, an increase of 67 percent over 2012.