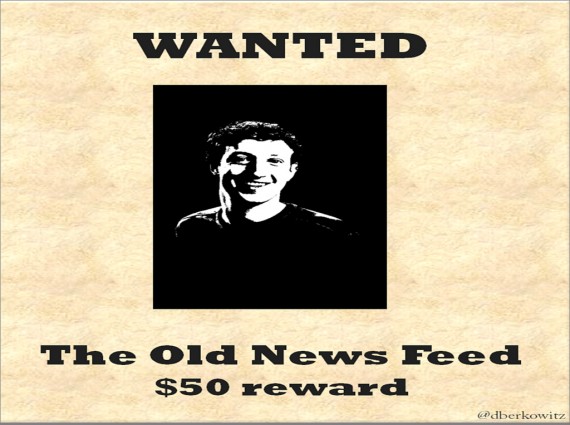 Facebook revealed its new design for its News Feed to match the design of mobile devices. Facebook’s goal is to make it easier for people to use the social networking website.(Photo : David Berkowitz)

Facebook revealed its new design for its News Feed to match the design of mobile devices.

Facebook's goal is to make it easier for people to use the social networking website, according to MediaPost. The company also wants the website to be more consistent on different platforms.

The company said the way content is surfaced for users and the ranking of stories on News Feed will remain unaffected by the new design, MediaPost reported.

"Though in the new design all images are larger, both organic stories and ads will be the same size- similar to the way images appear on mobile," the company stated in a post on the Facebook for Business blog.

The design is the latest change to the website's appearance since one year earlier, when Facebook worked on a new design that included large photos and a new navigation bar, according to the Verge. The company released the design to a small portion of users, who gave harsh criticism of the design.

Facebook stated most of the criticism of the previous design came from the difficulty users had moving through the website, and that the new design has corrected those mistakes, MediaPost reported.

"People who tested it told us that they liked the bigger photos and images, but found it more difficult to navigate Facebook overall," Facebook said. "The updated design has the best of both worlds: It keeps the layout and navigation people liked, but offers bigger images and photos, as well as a new font. The current design on mobile remains the same."

Facebook also made changes to the appearance of post types, redesigning them to appear simple. Profile photos were placed back inside story cards, where they were in the old News Feed, to improve organization, the Verge reported.

News Feed product manager Greg Marra said it was important for Facebook to understand the differences between its desktop and mobile apps in order to make them both successful, the Verge reported.

"We recognize that while we strive for design consistency, part of that is recognizing that the way you use things on a PC is different from how you use things on your phone," Marra said, "but it's important that we cut these from the same cloth."