3D Printing Offers New Way to Recycle and Save Money 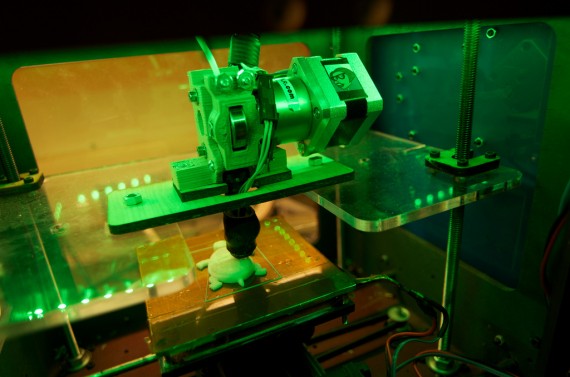 A new study has shown that people can save money on plastics by recycling them into a 3D printer filament. The study, led by Joshua Pearce of Michigan Technological University, has shown that the practice is easy and cheap enough to do at home.(Photo : kakissel)

A new study has shown that people can save money on plastics by recycling them into a 3D printer filament.

The study, led by Joshua Pearce of Michigan Technological University, has shown that the practice is easy and cheap enough to do at home, according to Dvice.

The researchers made a life-cycle analysis of a regular milk jug made from HDPE plastic. They cleaned it out and cut it into pieces, and then ran it through an office shredder and a RecycleBot, which turns waste plastic into 3D printer filament, Science Daily reported.

The use of a 3D printer provides an opportunity for people to save money, Dvice reported. Those who buy a RecycleBot, which costs under $300, will save 99 cents on the dollar compared to recycling plastic conventionally. The standard price of filament can go up to $50 per kilogram, but making your own filament at home can cost around 10 cents per kilogram.

Using a filament also has a positive impact on the environment, since turning plastic jugs into filament at home uses around 3 percent less energy than the average recycling program, according to Science Daily. The transportation costs save 70 to 80 percent, and recycling milk jugs at home uses 90 percent less energy than making plastic from petroleum.

"Where it really shows substantial savings is in smaller towns like Houghton, where you have to transport the plastic to be collected, then again to be recycled, and a third time to be made into products," said Pearce, an associate professor of materials science and engineering and of electrical and computer engineering.

Ethical Filament Foundation, which looks to help waste pickers who clean up trash for items to sell or recycle, has been paying attention to the success of 3D printer filaments, Science Daily reported.

"In the developing world, it's hard to get a filament, and if these recyclers could make it and sell it for, say, $15 a kilogram, they'd make enough money to pull themselves out of poverty while doing the world a lot of good," Pearce said.