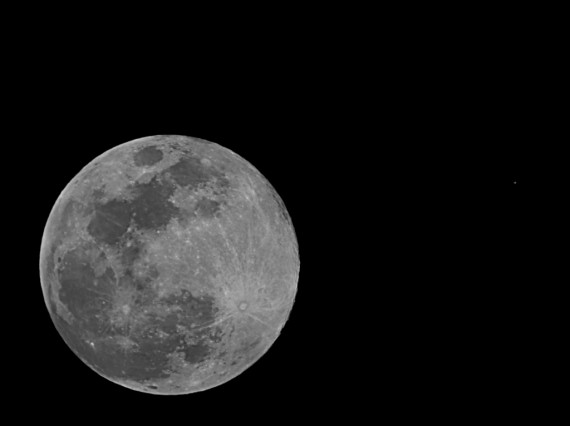 NASA has discovered the formation of a gully channel on the slope of a crater wall on Mars. The image was captured by the High Resolution Imaging Science Experiment (HiRISE) camera on NASA’s Mars Reconnaissance Orbiter (MRO) in May 2013.(Photo : Wendy)

NASA has discovered the formation of a gully channel on the slope of a crater wall on Mars.

The image was captured by the High Resolution Imaging Science Experiment (HiRISE) camera on NASA's Mars Reconnaissance Orbiter (MRO) in May 2013, according to Phys.org. HiRISE took an image of the same area in November 2010, when the feature wasn't present, which shows the gully formed in less than three years.

The gully is located in the Terra Sirenum region at 37.45 degrees south latitude, 222.95 degrees east longitude, Phys.org reported. Gullies are a common feature in the southern highlands of Mars. The two images show that material flowed down from an alcove at the head of the gully and then broke out of an older route, eroding a new channel.

NASA officials said the gully was not carved out by flowing water despite appearing similar to river channels on Earth, Fox News reported.

"The dates of the images are more than a full Martian year apart, so the observations did not pin down the Martian season of the activity at the site," officials said on Wednesday. However, they added, "before-and-after HiRISE pairs of similar activity at other sites demonstrate that this type of activity generally occurs in winter, at temperatures so cold that carbon dioxide, rather than water, is likely to play the key role."

MRO has found other features on Mars associated with water, such as recurring slope lineae, according to Fox News. RSL lines are dark streaks that flow down crater walls and other slopes when the planet experiences warm weather. Some researchers believe the lines are caused by briny water that has an iron-based antifreeze, but direct evidence of flowing water at RSL sites has yet to be found.

Research shows that Mars was more hospitable to life in its earlier years, Fox News reported. NASA's Curiosity rover discovered an ancient lake-and-stream system near its landing site on the planet, which could have supported microbial life billions of years ago. If water does flow from the surface of Mars today, the planet has a better chance of hosting life.