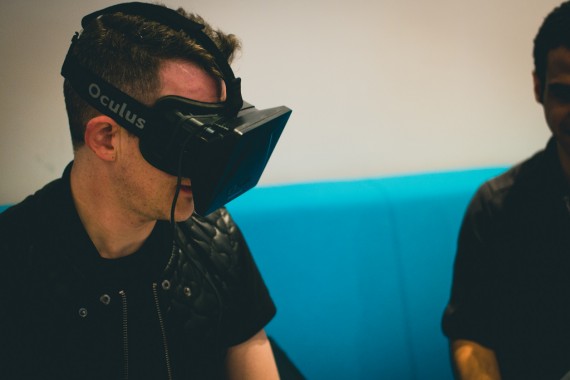 Facebook Inc. has paid $2 Billion in a deal to acquire Oculus VR Inc., the developer of Oculus Rift. Facebook included $400 million in cash and 23.1 million Facebook shares, totaling a $1.6 billion for the deal.(Photo : Nan Palmero)

Facebook Inc. has paid $2 Billion in a deal to acquire Oculus VR Inc., the developer of Oculus Rift.

The social networking service said in a statement that is looking to use the virtual reality technology of Oculus VR for additional purposes.

"Facebook plans to extend Oculus' existing advantage in gaming to new verticals, including communications, media and entertainment, education, and other areas," Facebook said. "Given these broad potential applications, virtual reality technology is a strong candidate to emerge as the next social and communications platform."

The Oculus Rift is a virtual reality headset that has gained a lot of attention from video game developers despite not being released yet, the Associated Press reported. Covering the user's eyes, the headset creates a three-dimensional world that reacts based on movements the user makes with his/her head, such as turning and moving back and forth.

Facebook Chief Executive Mark Zuckerberg said virtual reality headsets may have different uses in the future, such as studying in a classroom, watching a basketball game courtside, talking with a doctor or shopping in a virtual store. He added the device can be used for social purposes, Associated Press reported.

Oculus headquarters will stay in Irvine, Calif., and the deal will mostly likely close in the second quarter of 2014, Gamespot reported. Oculus VR discussed their thoughts on the deal and the effect it will have on the company.

"At first glance, it might not seem obvious why Oculus is partnered with Facebook, a company focused on connecting people, investing in internet access for the world and pushing an open computing platform," Oculus said. "But when you consider it more carefully, we're culturally aligned with a focus on innovating and hiring the best and brightest; we believe communication drives new platforms; we want to contribute to a more open, connected world; and we both see virtual reality as the next step."