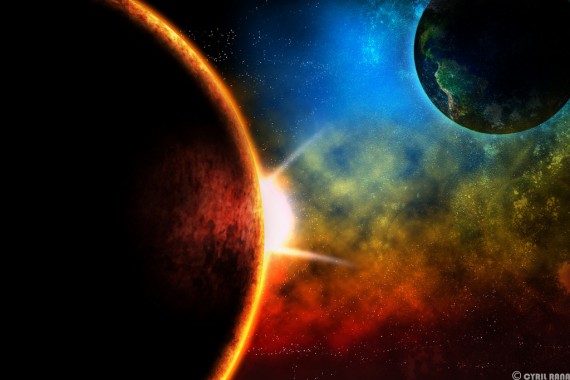 Researchers in Spain have created a mini version of Mars in order to study dust and other environmental elements on Mars. The project, called the “MARTE”, is a vacuum chamber that re-creates the planet’s dust, pressure, temperature, radiation levels, and atmosphere.(Photo : Cyril Rana)

Researchers in Spain have created a mini version of Mars in order to study dust and other environmental elements on Mars.

The project, called the "MARTE," is a vacuum chamber that re-creates the planet's dust, pressure, temperature, radiation levels, and atmosphere, according to CNET.

The MARTE is able to create an atmosphere with over 100 times less pressure than Earth's, as well as temperatures that range from -265 degrees Fahrenheit to 301 degrees Fahrenheit. The machine can also make a gaseous mix that is 95 percent carbon dioxide.

Scientists from the Centro de Astrobiologia and Instituto de Ciencias de Materials de Madrid are using the machine to better understand how dust and additional conditions on Mars's surface can affect humans, probes and other equipment used to study the Red Planet, American Live Wire reported. The research was published in the March edition of Review of Scientific Instruments.

"We're simulating the effect of the Martian dust- one of the primary problems for planetary exploration- to gain a better understanding of how (NASA) instruments behave when covered in dust," said Jesus Sobrado, head scientist of the MARTE's technical development.

The MARTE creates the Red Planet's dust with two sieves with openings about 63 microns wide, which is almost as thick as a human hair. The sieves jiggle around to let the dust flow freely, which mimics the random pattern on Mars. The machine also releases dust inside its vacuum, CNET reported.

The data from the machine reveals that dust on Mars is made up of silicates that can turn into a deadly chemical mixture if an astronaut inhales it, American Live Wire reported. The dust particles are extremely small, which means some of the particles many not be filtered out of a machine. Another issue the dust presents to NASA's equipment is that it has a "high concentration of magnet iron oxide" that can cover the surface of the mirrors, probes and other equipment.

Sobrado and his colleagues will work with NASA to test equipment to be used in the next mission to Mars called InSight (Interior Exploration using Seismic Investigations, Geodesy and Heat Transport), CNET reported. The mission is set to launch in March of 2016 and will study the deeper structure of the Red Planet, including its crust, mantle and core.