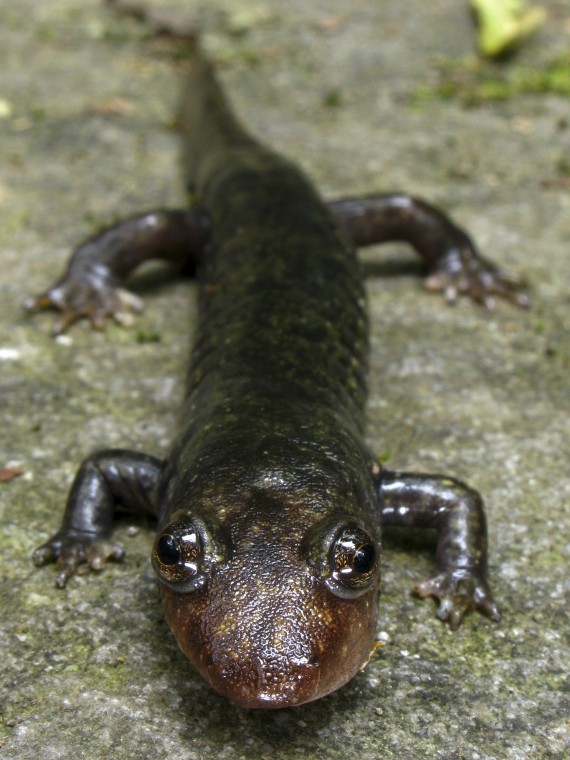 Salamanders are becoming smaller because of desert like conditions.(Photo : Reuters)

Desert-like conditions around salamanders in the United States are causing the animal to lessen in size The Jacksonville Observer reported Thursday.

"Body size is a really, really important factor for most animals," Dr. Karen Lips an associate professor of biology at the University of Maryland told The Observer.

Lips and her fellow workers came across the discovery by chance while investigating the reason for the reptiles' reduction in numbers over the past decades The Observer reported.

Lips and her group examined salamanders from museums who resided in the Appalachian Mountains between 1957 and 2007, along with the animals in the same area during 2011 and 2012. The work resulted in 9,000 species affiliated with over 12 different kinds of animal groups.

Salamanders inspected after 1980 appeared to be eight percent less compared to ones in past 10 year periods The Observer reported.

This particularly pertained to salamanders residing in the Appalachian mountain's southern region.

"Bigger animals in general tend to get more mates, they have more offspring, they tend to win in any sort of battles - whether it's courtship or territorial behaviors," Lips told The Observer.

"When you shrink that affects what can eat you, what you can eat, how successful you're going to be at reproducing. Bigger is generally better. I was surprised. The fact that we're finding some interesting results in a completely unexpected area was pretty cool," Lips told The Observer.

"This is one of the largest and fastest rates of change ever recorded in any animal," Lips told The Observer. "We don't know exactly how or why it's happening, but our data show it is clearly correlated with climate change."

"In terms of climate change, the Appalachian mountains where we're working are predicted to be impacted pretty heavily and it's a global biodiversity hotspot for salamanders,"