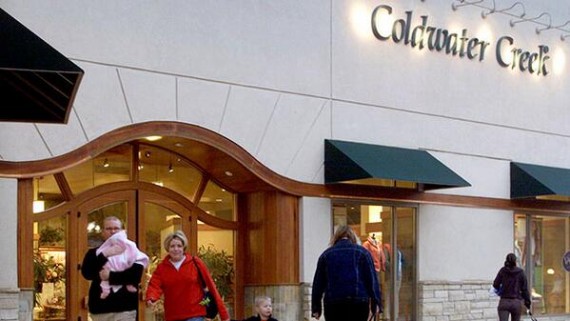 Coidwater Creek is going out of business.(Photo : Twiiter Photo Section)

Coldwater Creek's approval for $42 million out of $75 million in financing allows the company to end its business and close down its stores.

The company underwent careful analysis prior to deciding to go the bankruptcy route.

"This difficult decision follows a comprehensive strategic and financial review of the business. The Board of Directors has determined that the actions we are taking represent the best path forward for Coldwater Creek and its stakeholders. While we are extremely disappointed with this outcome, the Company's declining liquidity position and the challenging retail environment, together with the fact that we have exhausted all other possibilities, requires that we take this action," Jill Dean president and chief executive officer at Coldwater Creek said in a statement.

Coldwater's next date in court is April 25 where it will attempt to receive the remaining money. The company also aims to try their hand at an opportunity to have its going out of business sales and liquidation or sales of their valuables operated by Hilco Merchant Resources LLC, and Gordon Brothers Retail Partners LLC via an auction format Bloomberg reported.

Coldwater also hopes to complete other potential deals to monitor sales, and May 1 auction event should anyone give any to the company.

The company will be looking for the deal's approval in a hearing May 6. Going out business sales are scheduled to begin May 8 depending on acceptance of the plan Bloomberg reported.

Consumers can still access and buy things from the company's website in the meantime before it begins to market off its inventory in May the press release reported.