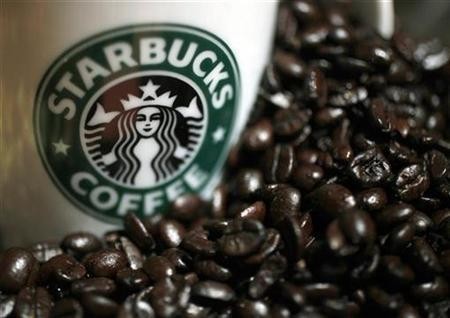 Starbucks is moving its headquarters from the Netherlands to the United Kingdom.(Photo : Reuters)

Starbucks move of its headquarters to the United Kingdom will see the company fund more money for tax purposes or a corporation tax The Telegraph reported Wednesday.

Higher-ups will have their offices relocated to the new digs, and establish the country as its main stage for intellectual property rights.

Starbuck will subsequently have its royalty payments sent to its United Kingdom facilities rather than the Netherlands The Telegraph reported.

The company has had its base in the Netherlands, and saw decreases in the running's of its business of its 700 coffee shops in the United Kingdom The Telegraph reported.

According to The Telegraph, Starbucks anticipates becoming profitable in future years to offset the declines the company has previously endured.

"This move speaks for itself. London is the perfect place to grow our European business," Kris Engskov, president of Starbucks locations in Europe, the Middle East, and Africa locations told The Telegraph.

The company is ready for expansion, and is wasting no time in beginning.

"In the UK alone, we plan to open over 100 retail stores across the country this year, creating 1,000 new, permanent jobs. We expect continued growth in other European markets as well. This move will mean we pay more tax in the UK," Engskov told The Telegraph.

"On the other hand we'll have to wait and look at the detail. Starbucks will only pay tax on profits they declare and the majority of the past decade they've been making a loss," Engskov told The Telegraph.

Although paying an increased amount of taxes could be a burden the United Kingdom feels it will prove beneficial.

"If Starbucks are going to pay more tax in the UK that's a good thing and a victory for consumer power," Margaret Hodge, Labor Prime Minister in The United Kingdom told The Telegraph.