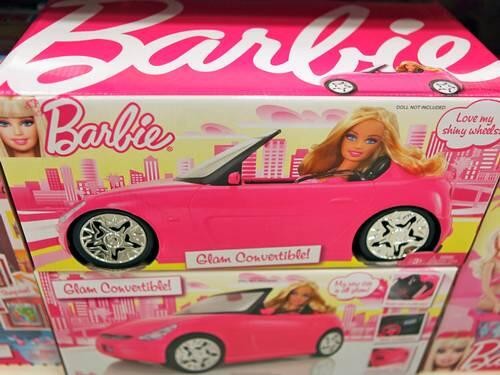 Barbie's 14 percent gross sales decrease throughout the world have reportedly given Mattel 11.2 million in net losses and lowering sales to $946.2 million from $995.6 million or five percent in 2013 the company reported in a press release Thursday.

"For the first quarter, revenues were consistent with our expectations as we worked through inventories in a challenging global retail environment," Bryan Stockton. Chairman and CEO at Mattel said in a statement.

"In addition, we managed costs and streamlined our workforce as part of our initiatives to drive efficiencies throughout the organization. Importantly, we made significant progress against two of our strategic objectives, entering new categories and strengthening our Girls Portfolio. We launched BOOMco., our highly-anticipated entry into the outdoor category, announced the acquisition of MEGA Brands Inc., a leading player in the rapidly-growing construction and arts & crafts categories, and continued the global launch of our newest doll franchise, Ever After High," Stockton said in the statement.

Mattel's coed brands brought in $646.9 million in gross sales, a decrease from five percent in 2014.

According to Forbes, Mattel's other brands such as Hot Wheels showed promised however with a two percent increase, with American Girl obtaining a five percent increase during the first fiscal quarter, while Fisher Price dropped six percent.

According to a press release on Mattel's website in February, the company acquired Mega Brands for $460 million in a move that was and still could help Mattel make significant progress on its expansion efforts into two different groups.

Mega's art entities which includes Rose Art, and Board Dudes were also expanded while opening the doors for development of its arts and crafts category internationally the press release reported.