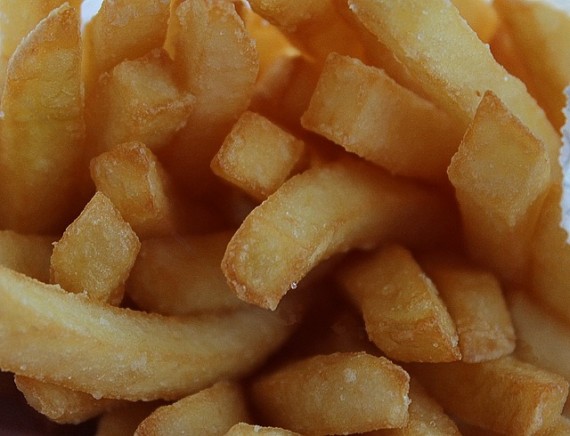 Maryland fast-food customer gets a bag of pot with her fries(Photo : Pixabay)

A Maryland woman who ordered a meal at a Sonic Corp fast-food restaurant got something extra with her French fries - a bag of marijuana.

Carla McFarland, 35, of Frederick, Maryland, and her children, ages 6 and 8, were about to eat a chicken strips lunch on Thursday when she discovered a small, green plastic bag of marijuana in her fries, according to the Frederick County Sheriff's Office.

Spokeswoman Lieutenant Jennifer Bailey said on Friday no arrests had been made and the incident is under investigation.

McFarland posted about her find on Facebook, along with a photo of the bag.

"The employee involved is no longer associated with the company, and the franchisee is conducting an investigation to ensure the issue is fully resolved," he said in a statement.

Possession of small amounts of marijuana is a misdemeanor in Maryland.