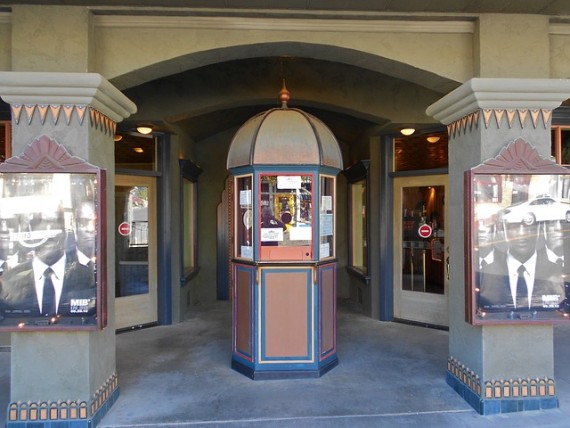 Scalping gets a bad rap. For years, artists and concert promoters have stigmatized ticket resale as a practice that unfairly hurts their own sales and forces fans to pay exorbitant prices for tickets to sold-out concerts. But is that always true?

A new study by Victor Bennett, assistant professor of management and organization at the USC Marshall School of Business, along with colleagues at New York University and the Harvard Business School, finds that resale markets like Craigslist can add value to tickets sold by concert venues and Ticketmaster. "Cannibalization and Option Value Effects of Secondary Markets: Evidence From the U.S. Concert Industry" will be published in the Strategic Management Journal.

Suppose you are interested in a Bruno Mars and Pharrell Williams concert that is three months away. You're not 100 percent sure you'll be able to make it: what if you get sick, or what if you're traveling for work?

"If a customer faces too much uncertainty, he or she may be unwilling to purchase a ticket," Bennett said. "On the other hand, a customer who is reasonably certain of reselling the ticket on Craigslist may be more likely to purchase it. Such security increases the number of customers willing to buy from Ticketmaster, effectively bidding up the price."

You might also decide to buy tickets early from Ticketmaster if that Bruno Mars and Pharrell Williams concert is in high demand and might sell out, because tickets on Craigslist are going to be bid way up.

"For really hot shows, sometimes tickets are resold for five or 10 times their face value," Bennett said. "But on a show that hasn't sold out," he continued, "a lot of times the scalpers are just trying to make back as much of their money as they can, so they may even charge less than face value."

Concert tickets are resold regularly, Bennett explained, because ticket buyers decide that they can no longer attend or because the tickets were bought with the intention of reselling them or were released directly by an artist or promoter.

Websites like TicketsNow, StubHub and Craigslist make it extremely easy to match buyers and sellers. Bennett specifically looked at ticket prices to measure whether firms benefited from or were hurt by the entry of Craigslist, the leading classified-ad service in any medium and the ninth-most-visited website in the United States, with about 60 million unique U.S. visitors each month.

"By 'most popular shows,' I mean the shows that are more popular than promoters thought they were going to be - it's when the venues sell out," Bennett said.

If Lady Gaga plays in a 50,000-seat venue and she only sells 48,000 tickets, then markets like Craigslist don't help Ticketmaster. But they can help a small indie band that is playing a 100-seat theater and thought it was only going to sell 80 tickets but ended up getting on the radio and selling 150 tickets.

"The most popular shows are now making more money," Bennett said, "and that's kind of a rich-get-richer effect."