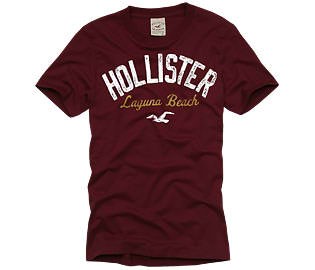 A t-shirt from Hollister, a brand under Abercrombie, shows off its logo(Photo : Wikimedia Commons)

Teen retailer Abercrombie & Fitch announced Tuesday that they will discontinue logo branding their clothes by next year.

In a conference call to investors held Thursday, Abercrombie Chief Executive Officer Mike Jeffries said that by fall they'll reduce in half the quantity of items bearing the brand's logo. By spring next year, there will be no more of the style that made the brand popular among teen shoppers.

The American retailer is known for its clothing line that showcases its brand name across their clothes. They heralded the logo-era of clothes targeted for teens and college students. It was a popular period where tees, hoodies, sweatpants, and other clothing items proudly displayed the brand's name.

Abercrombie announced earlier this year that they'll revamp Hollister into a fast-fashion brand that takes runway styles to stores in a matter of weeks. Unfortunately, their expected changes aren't turning as quickly as planned. They also struggle with the decrease of mall traffic visits.

The teen retailer sees the rise of the competition with brands that quickly provide cheap and disposable items. As the economy isn't as flourishing as before, parents of the teen shoppers are apprehensive to spend too much on clothing, opting for stores like H&M and Forever 21 known for producing trendy tops for prices as low as $9.

The company hopes for the change of marketing plans to bring back the faith of their old consumers.