The Basics of Franchising Law 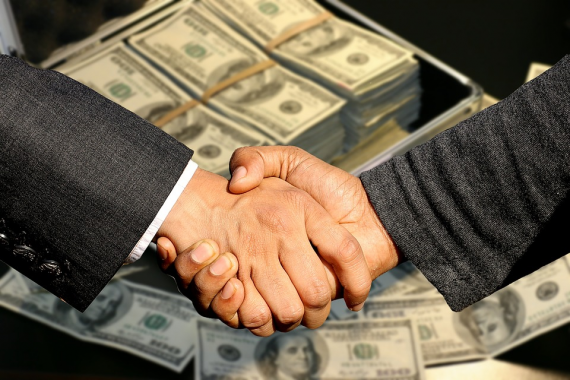 (Photo : The Basics of Franchising Law)

A franchise is a time-tested approach to operating a business. It allows people the opportunity to manage and run a business without the risk of investing their own money. In that way it is a valuable way for people to get experience should they ever decide to start their own business. As with every other type of business, franchisors and their franchisees are governed by a set of laws that each needs to follow in order to maintain their partnership.

That is why a franchise lawyer is necessary to help both parties get a clear understanding of their mutual responsibilities. The relationship between a franchisor and a franchisee can get very complicated, which is why a franchise lawyer is important when it comes to untangling those complications and letting each party know where they stand. Once their relationship is clear, each party can perform their duties to the best of their abilities. If you are a franchisor or franchisee in the Orlando area, then contact attorney Rahul Parek if any disputes arise.

What is a Franchise?

A franchise is a business relationship between two parties; a third party called a franchisee operates a branded institution with the permission of the owner of that institution, called a franchisor. This type of relationship can be lucrative for both parties because the franchisee can operate a business without worrying about having to put up their own money. Meanwhile the franchisor can offset the day to day operations of the business.

The relationship between the franchisor and the franchisee is characterized by the following three elements:

What Is Regulated by Franchise Law?

Franchise law is divided into the following different categories:

Disclosure Laws - These are dictated by the FTC (Federal Trade Commission) and they are about the information that the franchisor is allowed to reveal before the sale of the franchise, as well as prohibited sales practices, and other necessary information.

Registration Laws - These are regulated by the state rather than the FTC and are used to regulate any official registrations of the franchise system.

Relationship Laws - These are also regulated by the state and as the name suggests, they are all about the relationship between the franchisee and the franchisor.

Since some of the franchise laws are controlled by the federal government, a violation of them could result in heavy penalties. Those could include fines, assets getting freezed, and even a ban on the franchisor's ability to franchise their business. If the franchisor violates a law that is controlled by the state, then that could be considered a misdemeanor or a felony and the business owner will have to face the corresponding punishment.

Consult a Business Attorney Before Entering a Franchise Relationship

Regardless of whether you plan to become a franchisee or a franchisor, it is important that you consult a business attorney before entering such a relationship. Franchise law can be lucrative for both parties, but it can also be very complex. That is why each party should be well versed in their legal obligations before going into business with each other. That way they can focus on running the franchise and making it the best that it can be instead of worrying about any legal issues.