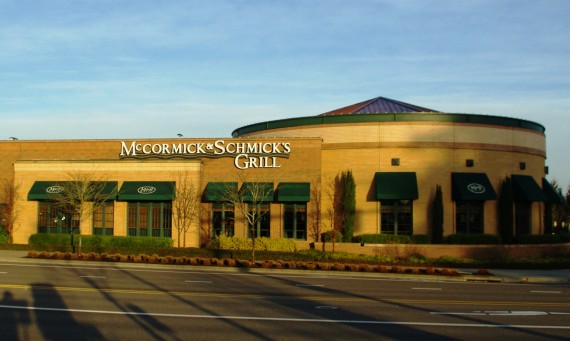 McCormick and Schmick's Seafood Restaurants will serve complimentary lunch or dinner entrée to war veterans on Veteran's Day for the 15th consecutive year.

The holiday falls on November 11, but the promo will be held on Sunday, November 9. It will be available in participating locations around the country. Veterans can choose a single complimentary menu item including "Buttermilk Fried Shrimp, Cedar Planked or Grilled Salmon, Parmesan Crusted Chicken, Tender Beef Medallions, Beer Battered Fish and Chips, Romano Chicken Chopped Salad, and McCormick's Cheeseburger."

Tilman Fertitta, Chairman and CEO of Landry's, Inc., the company responsible for the operations of the restaurant, said that they are honored to serve the men and women who joined the army to fight for the people and the country's freedom.

"This is McCormick & Schmick's 15th year to treat our nation's heroes with a well-deserved meal and look forward to continuing this tradition for many more years to come," said Fertitta.

The Veteran's Day program started in 1999, and it has been praised by the former President George W. Bush and government and non-government veteran programs.

The promo will be available to war veterans discharged honorably from Army, Air Force, Marines, Navy or Coast Guard. They also need to provide verification before they can be eligible for the promo.

The seafood restaurant started in the 1970s when Bill McCormick and Doug Schmick decided to team up to bring back to life a 100-year-old landmark restaurant. It has expanded to over 80 restaurants across the country.

McCormick and Schmick's prepares fresh seafood everyday, with their menu printed twice a day featuring its signature "Fresh List." They specialize on seasonal and regional dishes. It's part of Landry's, Inc, a company managing chains of casual dining restaurants including Bubba Gump, Rainforest Cafe, Landry's Seafood, The Oceanaire, and Morton's The Steakhouse. They also manage a number of gaming establishments such as the Golden Nugget Hotel and Casino.