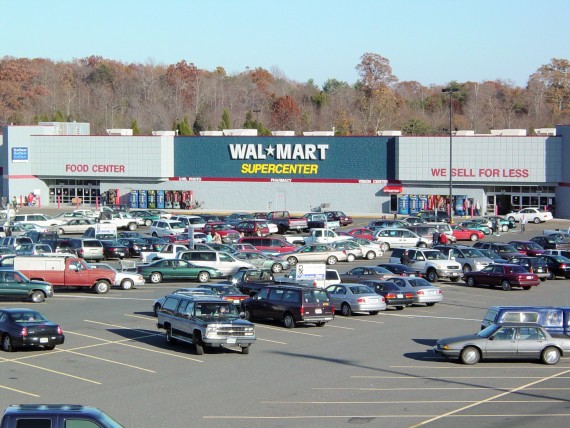 Demonstrators protested outside Walmart stores in Maplewood, Ferguson and Bridgeton Monday last week, pushing employees to remove bullets and ammunition from the shelves. The stores closed while the arrest of about 50 protesters were made.

On Wednesday, the shelves were emptied, looking like a mass robbery. However, the employees said that they took down the ammunition and stored them in the back. Though there were no looting, Walmart said they're only taking precaution.

The decision to pull out the ammos from the shelves took place when the protest was happening. By Monday afternoon, some stores removes the ammunition, and by Wednesday, other stores from the area have done the same.

Walmart spokesperson Brian Nick said, "If there is a history of violence and looting and other activity that are going on or things that are putting associates and customers at risk-then yes, decisions can be made based on those circumstances."

Tensions started in St. Louis following the death of an unarmed black teenager Michael Brown, who was shot and killed by a white police officer, Darren Wilson. The situation worsened when a footage was released showing multiple white police officers shooting John Crawford III, a black man who wielded a pellet gun in a Walmart store.

While waiting for the jury to make a decision whether to convict Wilson, protests have been brewing outside Walmart stores. There were looting after riots broke out in August, following the death of Brown. Though the ammos were removed from the shelves, the Ferguson store still allows online purchase of the ammunition.

This isn't the first time Walmart has removed firearms and associated merchandise from its shelves. After the massacre at Sandy Hook Elementary School in Connecticut, the retail store pulled the semiautomatic assault rifle from its website, but it's still available in the website.