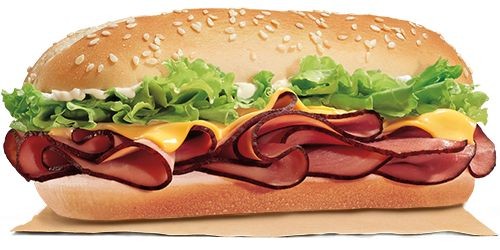 Burger King banks on nostalgia as it announced Tuesday that they're bringing back the Yumbo Hot Ham & Cheese Sandwich for a limited time.

“The YUMBO Hot Ham and Cheese Sandwich is here. So is 1974, when it took 12 batteries to get the perfect angle,” Burger King said on their official Twitter account.

Originally launched in 1968, the Yumbo sandwich was removed from the menu in 1974. Burger has modified the sandwich for a refreshed appeal. It is now served on a heated toasted hoagie bun, featuring slices of black forest ham, American cheese, crisp lettuce, and cream mayo.

Eric Hirschhorn, chief marketing officer, North America, Burger King Corporation, said that the brand is always listening to customer suggestions, that's why they're bringing back the fan favorite during the '60s.

“The return of the YUMBO® Hot Ham & Cheese Sandwich is the latest example of how we’re able to give our guests what they’ve asked for. Our strategy to selectively bring back favorite foods has helped us connect with our guests while also driving business results,” said Hirschhorn.

Burger King Franchisee of the Year, Tom Walsh Jr., recalled the time from his childhood when his father would bring him to the burger chain and order the Yumbo Hot Ham & Cheese Sandwich for him.

“This is a great example of how we as franchisees are working closer with Burger King Corporation on menu and marketing initiatives,” said Walsh.

The return of the Yumbo sandwich will be promoted in multiple platforms across all social media sites. TV advertising and in-restaurant merchandising will market the menu item.

The Yumbo Hot Ham & Cheese Sandwich is available for the suggested price $3.69. It joins Big King Sandwich, Original Chicken Sandwich and Big Fish Sandwich on the 2 for $5 menu.