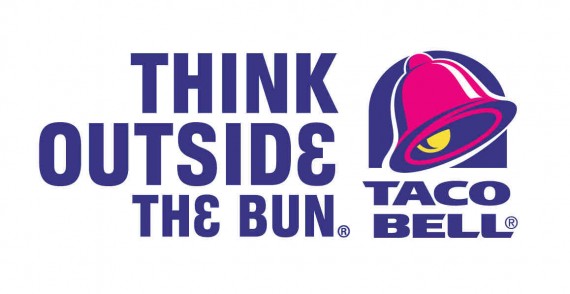 Think Outside the Bun

The California-based fast casual brand has primarily focused in the U.S. with only 250 units in the international market, while 5,000 branches in the country. YUM! Brands Inc. plans to turn Taco Bell as a global name, like sister restaurants KFC and Pizza Hut.

Wall Street analyst Mark Kalinowski said, Taco Bell doesn’t seem to be a brand that flourished internationally based in the markets it has been tested, including China, Australia, and Singapor.

A nationwide expansion of 2,000 restaurants is also in order, as part of the brand’s goal to achieve $14 billion in sales by 2022. The global plan is posed to generate $2 billion in sales.

In recent years, Taco Bell has shown the strongest same-store sales compared to other YUM! Brands restaurant. The strong sales are mostly due to the Doritos Loco Taco platform and the rollout of the breakfast menu this year. The mobile ordering system also predicts greater sales for the brand.

Taco Bell president Brian Niccol said, “In addition to our focus on innovation, new daypart expansion and delivering world-class operations, another key element to our growth strategy includes focusing on restaurant development both domestically and globally.”

Niccol said that the changes in leadership structure can help the brand’s growth. Taco Bell experienced its highest number of new branches in 2014 with more than 200 restaurants.

YUM! Brands currently has 40,000 franchised restaurants in countries outside the U.S., but Taco Bell is found in only 26 countries in small numbers.

The brand is already looking for franchisors in Europe, Asia, Latin America and India. Notably missing on the list is China, where other YUM! Brands have struggled in sales in recent months.