Sony To Screen “The Interview” In Select Theaters 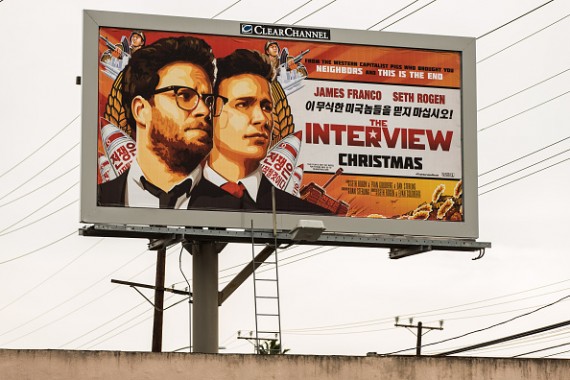 After pulling from cinemas nationwide “The Interview,” Sony announced that they will be screening “The Interview” in select theaters across the country.

The company canceled the premiere of the movie about two journalists plotting the assassination of North Korea’s president, after receiving threats from hackers. However, Sony announced Tuesday that they’ll be offering a limited theatrical release of the film.

On Facebook, The Interview’s official page posted a list of cinemas that will screen the movie on Dec. 25 and Jan. 2, 2015.

In a statement, Sony Entertainment CEO Michael Lynton said, “We have never given up on releasing The Interview and we’re excited our movie will be in a number of theaters on Christmas Day.”

Last week, the movie company decided to pull the movies from theaters after five major theater chains decided not the screen “The Interview.”

Lynton said that they’re looking for more ways for the movie to reach the most possible number of audience. According to sources, withdrawing the movie from cinemas could cost Sony millions.

The hackers tagging themselves as Guardians of Peace leaked the cost of the movie, amounting to $44 million. Lead actors Seth Rogen and James Franco were revealed to have been paid $8.4 million and $6.5 million, respectively.

GOP issued a statement threatening every theater releasing the movie on the 25th, saying, “Remember the 11th of September 2001.”

While the FBI believes that North Korea is behind the hacking, the country has denied all the accusations but said that the movie is an “act of war.”

According to Reuters, the White House applauds Sony for deciding to show the movie despite the threats.