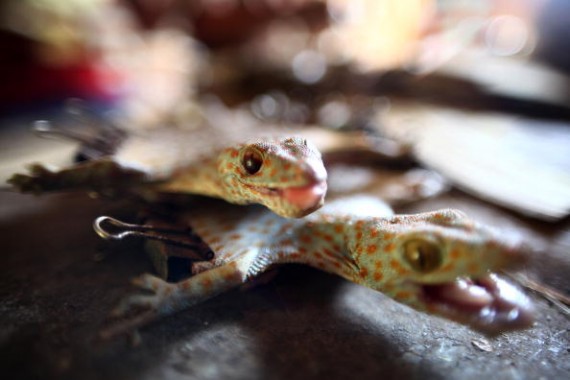 Ever wondered how it feels like to be Spiderman? How fast you will be able to move from one area to another? If such is the case, then you will be extremely interested to know that there is now a device that you can use to experience such things. Being able to scale walls like how the super hero does has been made possible, thanks to Gecko Tech.

While it is true that there are pieces of equipment that have been used to enable humans to climb walls, such as those utilized by members of the military or secret organizations, it is only now that something like Gecko Tech has been invented. According to Yahoo, the people who have come up with this new technology said that it can be a means to develop boots that may just benefit astronauts who conduct spacewalks. Furthermore, it has also been suggested that the technology can play a vital role in the invention of mechanical grippers that can be utilized to obtain debris floating in the orbit.

As the name of the technology already suggests, the concept behind its creation is based on the feet of geckos, a certain type of lizard known for its feet. The feet of geckos have specialized adaptations allowing them to stick to most kinds of surfaces without the need for surface tension or liquids. More than half of the species of geckos known today also have feet that are equipped with adhesive toe pads.

Prior to this invention, scientists have already developed several types of artificial adhesives that work similarly to how the feet of the lizards do. However, they are only capable of holding small weights. This time though, the United States Defense Advanced Research Projects Agency, as Technology Review has cited, the gecko-adhesive technology has been able to provide a way for humans to scale walls.