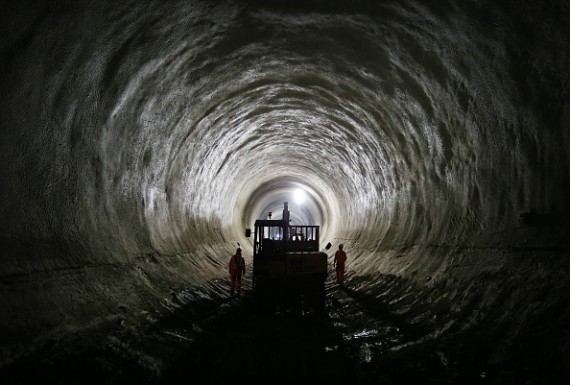 An innovative and advanced technology will be used to allow drillers to forge underground tunnels found under the Gordon Street, Canada Today reports.

According to reports, this sophisticated technology will be utilized to install a significant number of water pipes and sewage systems of 200 meters long and is under the York Truk Sewer and Paisley-Clythe Feedermain piping project. All these will be built and forged from the Speed River all the way to the Royal City Park.

As Guelph Mercury has cited, such type of projects are often started by first creating an opening on the land and having the pipe installed inside. However, this will involve having Gordon Street closed down from public use for around 4 months. This will also result in expenses amounting to $600,000.

In order to avoid such great costs and inconveniences, the city and its officials have made a decision to forego the traditional method and decided to just use directional drilling plus micro-tunneling, two kinds of technologies that will allow the pipes and sewage systems to be installed and forged without the aforementioned concerns.

In addition, the technologies will also hasten the entire process. Much thanks to the implementation of these techniques, the city's residents would no longer have to deal with a closed down Gordon Street, as the project will only take roughly around 6 weeks to be completed.

Kealy Dedman, one of the City Engineers working on the project, pointed out that, while the city has utilized such technologies before, it has never been used in a project as big as this one. "It's a really neat technology and it's not something we use very often, again, because it is more expensive and because it is a specialized area," Dedman explained. "But in this particular case, the benefits well offset the costs," the city engineer also said.