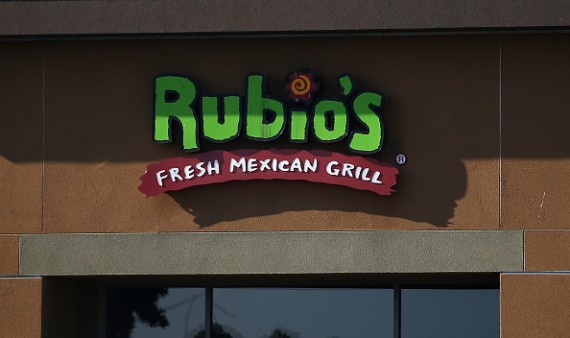 Americans chose Rubio’s as their favorite Mexican chain, according to a survey conducted by Consumer Reports after surveying 32,400 subscribers.

In the survey, 65 restaurant chains were ranked based on the 96,000 dining experiences throughout the country. Rubio’s came out on top in the Mexican dining beating other popular choices like Chipotle and Qdoba, who come in second and third places respectively.

Fast casual restaurant Rubio’s received a customer rating of 84. Though there aren’t as many locations as Chipotle with 1,700 restaurants across the country, the California-based chain focuses its love in several states such as Arizona, California, Colorado, Nevada and Utah.

Rubio’s, started as a walk-up in 1983, specializes in fish tacos which the owner first tasted in a Mexican taqueria. According to Fool.com, it’s thanks to the chain’s devotion on perfecting their specialty and ensuring quality and freshness of ingredients for patrons to give the chain good ratings.

Though the chain is currently undergoing renovation in restaurant design, the recipe for its menu hasn’t changed. Restaurants who have already finished redesigning reported a double-digit increase in sales. Rubio’s said it will soon implement renovation in all its 190 restaurants.

After going public in 1999 and growing its funds for expansion, it went back to being private a decade later to further focus and maintaining its brand.

Rubio’s also ranks on top of other Mexican chains for offering the healthiest dining options for consumers.

Chipotle, who prides itself for its GMO and antibiotic-free menu, also didn’t crack the list of top ten chains ranked by consumers. In the overall category, it received a customer service rating of 83, just a digit less than Rubio’s.