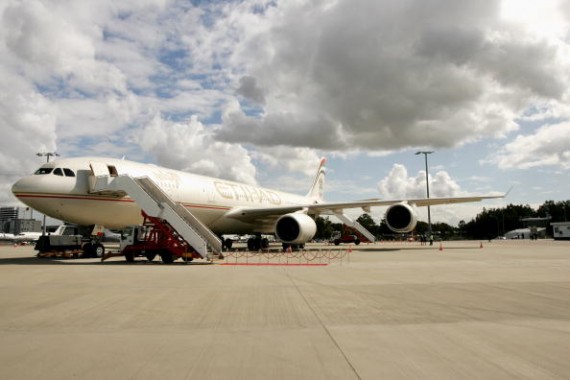 An Etihad aircraft on a tarmac(Photo : Patrick Riviere | Getty Images)

An Etihad plane full of passengers waited for 12 hours in the tarmac due to the fog delaying take-off in the Middle Eastern City of United Arab Emirates. They endured another 16 hours of flying to reach their destination to San Francisco.

According to passenger accounts, they endured 28 hours in the Etihad Airways Flight 183 with little food and little explanation on what was going on.

Described as nightmarish, some passengers said they were only served one meal during the entire period. Many learned upon arriving in San Francisco ruined or lost baggage.

The passengers took to Twitter to recount their disappointment with the flight. Mike Vladimir said there was only one attendant to tend to more than 20 passengers looking for their baggage.

A horrible experience with flight EY183 from Abu Dhabi to SFO on 3 Jan. 28 hr flight with 1 meal and missing baggage #etihadairways #etihad

Another passenger, Venkatesh Pahwa, said that for 12 hours, flight attendants repeatedly said they’re leaving in a couple of minutes when they didn’t.

In a letter to the Associated Press, the airline explained that the fog caused airport congestion, and the Flight 183 was the most affected. They said that the passengers needed to stay in the aircraft till the officials determined another departure time.

The airline said, “The delay was then compounded by the requirement to replace the aircraft's ultra-long haul operating crew who had exceeded their flight time limitations.”

One passenger explained that they’re not angry about the flight delay because they understand the safety concern. What they couldn’t understand was why they need to stay inside the aircraft.

Etihad is the national airline of United Arab Emirates.