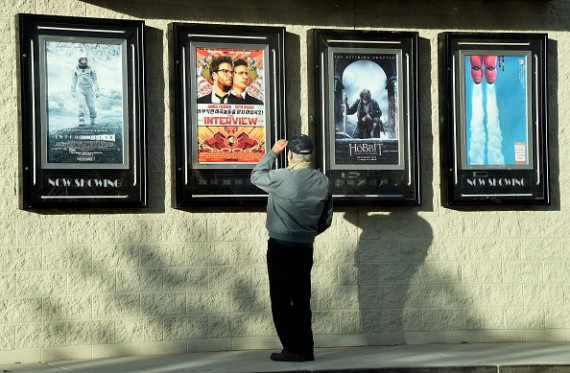 There are lesser moviegoers in 2014 as it earned the lowest record of sold cinema tickets in 19 years.

In the published estimates by The Hollywood Reporter, Americans bought 1.26 billion movie tickets, which sounds a lot, but is the lowest number of tickets sold since 1995. The five percent drop from last year is also the largest drop in a decade.

Hollywood continues to struggle with digital piracy as more people prefer downloading and streaming their movies online. Experts blame the rise of movie tickets for Imax, 3D and HDR for the decreasing number of cinema attendance.

The National Association of Theater Owners has to release the full figures of how these number of movie tickets will equate into total gross. It's estimated to reach $10.4 billion, a few millions less than 2013's $10.9 billion.

In 2014, Marvel's Guardians of the Galaxy grossed the most in box office earning $332 million domestically. The third installment of The Hunger Games, Mocking Jay Part One, which grossed $306 million in the box office, comes in second.

The low numbers of cinema attendants during the summer box offices compared to previous years are largely blamed for the drop. The Amazing Spider-Man 2 and Transformers: Age of Extinction didn't perform as well as expected.

Though the year started off well with The LEGO Movie and Captain America: The Winter Soldier grossing $257.8 million and $259.8 million, respectively, the industry still relied heavily on summer and holiday attendance.

The Sony hacking, which affected a number of movies, also contributed to the drop in figures. The group behind the hacking threatened to bomb cinemas to screen The Interview, which rattled theater owners and moviegoers alike.

December offerings, however, proved that people still want to go to the movies after the success of Peter Jackson's The Hobbit: The Battle of the Five Armies and Disney's Into the Woods, both released in December.