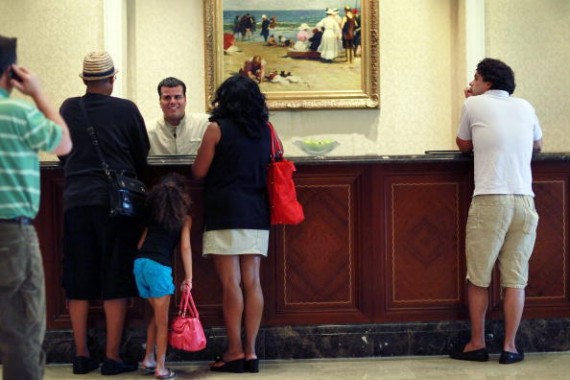 Ranking second from last year’s list, Hampton Hotels jumps back to number one because of its global expansion and further plans to open in international markets.

In 2014, the hotel chain launched in London, Poland and Russia, raising the hotel count up to 2,000 branches in 16 countries. For the next several years, 400 hotels are expected to open in China.

Aside from its growth, Hampton Hotels is known for its “Hamptonality,” a term coined to described its hospitality culture.

For a franchise to be eligible to join the list, they need to have a minimum of 10 units, with at least one based in the US. The factors considered included financial strength and stability with regard to the size of the system and growth rate.

Anytime Fitness, which ranked first in the previous list and coming second this year, signed its 2 millionth member in January last year. The 24-hour gym consistently opened more than 300 branches in seven years, with more than 350 gyms opening in 2014.

Jack in the Box, placing fourth, is the only new entry on the list. Dubbed by Entrepreneur as the franchise to watch for, it was the first time in 24 years since the San Diego-based restaurant entered the Franchise 500 and instantly entered the top 10.

Though the company has been around since 1951, the new management’s decision to expand to 21 states propelled Jack in the Box to grow to 2,250 units, 80% of which are owned by franchisees.