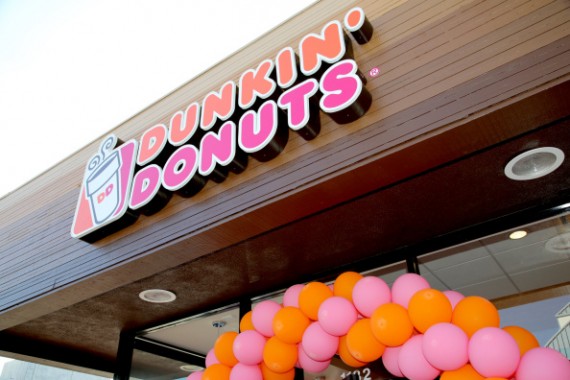 Dunkin' Donuts announced Thursday its massive expansion plans in China, with 1,4000 stores slated to open for the next two decades.

Described as the largest franchise deal in the company's history, Golden Cup is given the exclusive rights to expand Dunkin' Donuts in several cities in China including Beijing, Chongqing and Guangdong, and in the two administrative regions in the country, Hong Kong and Macau.

Currently, Dunkin' Donuts only has 16 branches in the mainland, while there are 2,200 stores spread throughout the Asia Pacific region.

Dunkin' Brands chairman and CEO "We are delighted to enter into this relationship with Jollibee and RRJ, a group with a proven track record of success in the quick-service restaurant industry in China and a deep knowledge of the consumer."

The company plans to bring the full menu to the region from the cold and hot drinks to the doughnuts and other pastries. Additional items in the menu such as the Mochi Ring Donuts will also cater to the local taste.

According to Jollibee Foods Corp. chairman, Tony Tan Caktiong, there's a big market in China because of the consumers' growth in number and spending power.

Dunkin' Donuts will face a steep competition with Starbucks which plans to double its unit count in China to 3,400 restaurants by 2019. The coffee retailer paved the way for other international brands to embrace consumer coffee despite the culture's ingrained love for tea.

In 2013, the doughnut chain signed a contract with Fast Gourmet Group to have the exclusive rights to open more than100 units in Eastern China, including Shanghai.

Earlier this year, Dunkin' Brands also formed a franchise agreement to bring back the chain to Mexico.