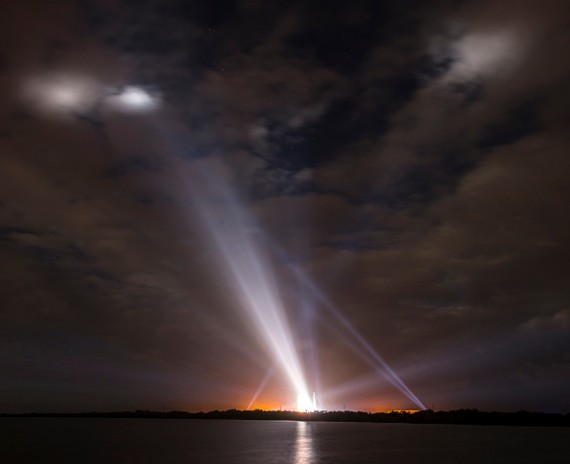 The National Aeronautics and Space Administration, more commonly referred to as NASA, has just revealed a new photo. Many experts claimed that it has a potential of being the organization's most iconic image ever.

According to CNN, NASA's Hubble Space Telescope went to what has been dubbed as the "Pillars of Creation." The organization has described this discovery as "three giant columns of cold gas bathed in the scorching ultraviolet light from a cluster of young, massive stars in a small region of the Eagle Nebula, or M16."

These pillars have had their images taken before in the year 1995 and became the most popular to have been released by the agency. They became so famous that they have been used in several movies, TV shows, and even consumer products.

So when the Hubble Space Telescope turned 25 in April 2014, the agency celebrated it by having the equipment return to the Pillars of Creation. Before it proceeded though, NASA equipped it with extremely advanced high-definition devices.

In a report, NASA explained that the new image that was taken by the 25 year old telescope was not only done in near-infrared light, but also in a visible light.

NASA also explained that the infrared view of the Hubble Space Telescope resulted in the famed pillars being transformed into what can only be aptly described as eerie silhouettes. To make it even more fascinating, the background is bathed with stars.

The agency further stated that the astonishing beauty of the new images that were taken of the Pillars of Creation is a result of the ability of the infrared light to penetrate a considerable amount of the gas and the dust masking the pillars.

The images, by the way, will be officially displayed at the American Astronomical Society meeting that will take place in Seattle.