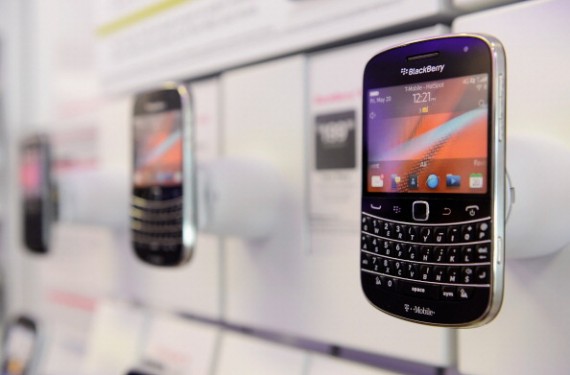 Blackberry phones displayed in a store

Blackberry reportedly received a buyout offer worth as much as $7.5 million from Samsung Electronics.

Sources said Wednesday that representatives from both companies met last week to discuss the offer. Samsung is said to have proposed 36% to 60% over Blackberry's current trading price, the price ranging from $13.35 to $15.49 per share.

After Reuter's initial report of the potential buyout, Blackberry shares rose nearly 30 percent. However, a representative from the company said that they didn't engage in a discussion with Samsung regarding a buyout. The stocks fell 15% in the after-hours trading, following the statement.

Reuters received documents showing Samsung's proposal to Blackberry, showing hopes to succeed at a complex approval process from the  Committee on Foreign Investment in the United States (CFIUS).

A Samsung representative in Seoul told Reuters that they have no plans to acquire the Ontario-based company, saying that the media reports are groundless.

Analysts believe that if the news is true, it'll be Samsung's chance to break into the corporate market.  For the past few years, the South Korean brand focused on the already saturated consumer market.

Blackberry, on the other hand, manages the email networks of large corporate workers and government and military agencies worldwide.

As of August 2014, Blackberry's patent portfolio, containing roughly 44,000 patents, was valued at around $1.43 billion or more.

On Wednesday, Canadian newspaper The Globe and Mail reported Blackberry turning down a couple of offers in the past few months due to the management's belief that their restructuring can produce better results for the company than the buyout offers.

The overture offers, even ones more than $7 billion, are believed to be less than Blackberry's potential asset value in the coming years.