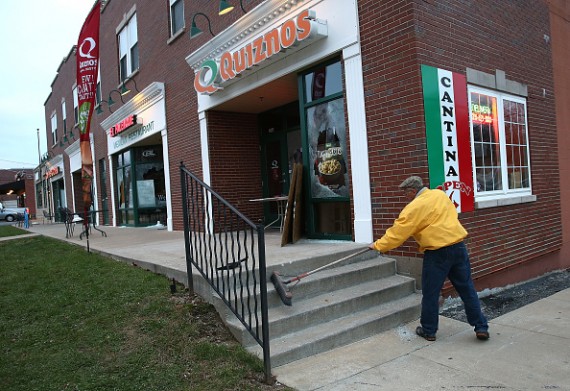 Quiznos assigned Doug Pendergast as president and chief executive officer after Stuart Mathis stepped down from the position.

The appointment followed the Denver-based fast-casual sandwich's staff reduction on Friday. Though no further comment was made regarding the organization changes, the company said that all levels and departments were affected.

"I am excited to join the leadership team and to help our franchise owners build their profitability, strengthen their businesses and grow the brand for the future," said Pendergast.

The new CEO said that he's joining during an important time for the brand, which operates on a new food cost and supply model. He believes that it will improve the restaurant economics and can help strengthen customers' brand loyalty and frequency.

In 2014, Quiznos completed financial restructuring and emerged from bankruptcy. Avenue Capital Group's majority stake was reduced, and the controlling of the company shifted to a group of private-equity investors.

While the company overcame bankruptcy, franchisees still suffered losses. Locations across the countries shuttered their windows, and profitability is still an issue. From more than 5,000 units in 2005,  Quiznos units now number at around 1,100 domestic locations.

The fast-casual restaurant is targeting to expand outside the U.S. with its 650 units in international locations. They target to reach 1,000 stores by 2020.

Quiznos chairman Doug Benham believes that Pendergast's expertise can help the brand's expansion. He said that the new CEO is uniquely qualified for the position due to his leadership experience in  turnaround situation, like the one the chain is having at the moment.