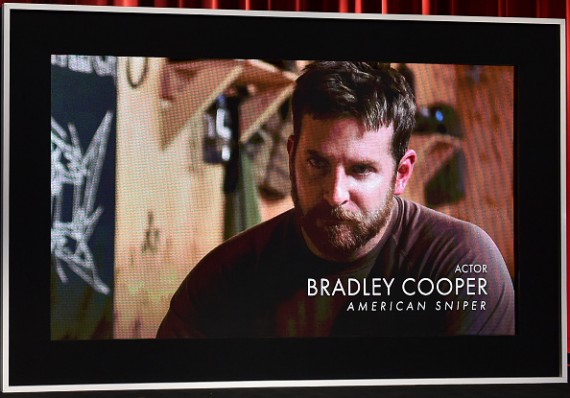 "Silver Linings Playbook" star Bradley Cooper's portryal as Chris Kyle, credited with 150 kills during his various deployments, in the film "American Sniper" was widely hailed by critics and fans.

But Bradley Cooper went to such great lengths in preparing for the movie. For starters, Chris Kyle was a 230-pound Texan guy and the "Silver Linings Playbook" actor had to change  his diet by consuming 8,000 calories per day in order to gain weight.

According to Daily Mail, Jason Hall, writer and producer of the film, Cooper was eating every 55 minutes.  He trained with an expert trainer because he wanted to bulk up naturally and doesn't want to use any synthetic means to reach the sniper's physique.  Hall also added that Cooper worked out at least four hours every day.  He also spent hours studying Chris Kyle's behavior, accent and mannerisms.

Academy award winning director Michael Moore said, "Awesome performance from Bradley Cooper." Critics love the way Cooper embodied his role.  But probably more important than the critics is the wife of the late Chris Kyle.  According to Huffington Post, Cooper's performance made Kyle's widow cry, wherein she even said, "I just spent two hours with my husband.  He brought him back to life."

While Bradley Cooper's performance in "American Sniper" got the critics' nod, Clint Eastwood's vision was questionedm. Michael Moore added, "Oh... and too bad Clint gets Vietnam and Iraq confused in his storytelling." He also tweeted, "We were taught that snipers were cowards."

This caused quite a stir on the web and the "Bowling for Columbine" documentor later praised the film's production and of course, Bradley Cooper's acting in "American Sniper."

Although, the film was very polarizing, most fans however agree that Bradley Cooper deserves another award for "American Sniper." The film also made a killing in the box office after surpassing the $100 million mark over the MLK weekend.