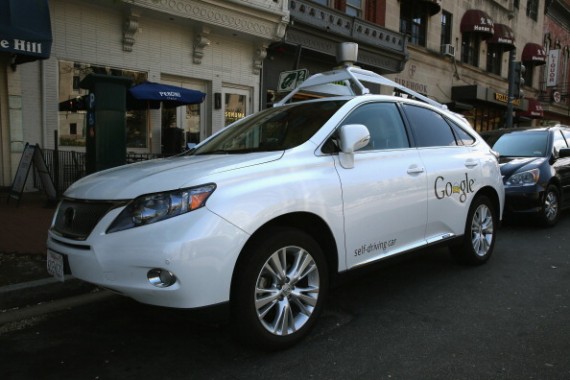 Pundits believe that the future of automobiles involves features that make them autonomous or self-driving. Because of this, more and more automakers are putting more effort into creating a product that deserves to be called "the car of the future."

One company that has made headlines for its autonomous or self-driving car is tech giant Google.

According to Tech Times, the search engine giant hopes that its first ever fully functional and road-worthy autonomous car will be released by the year 2020. That's half a decade from now, and it is possible that the company wants to make certain that everything, necessary for the automobile to run smoothly and flawlessly, has already been incorporated into the product before it will become available to consumers.

Google said that the initial releases are probably going to be just for testing, as the autonomous car experts from the company would still have to do more research to find out if the product is indeed the "car of the future."

Another car manufacturer that is putting a lot of effort into its self-driving car sector is Ford Motor Co, Reuters reported.

Mark Fields, the chief executive officer of the American car company, said one of the main focuses of Ford is to allow motorists to easily and seamlessly be connected to their cars and the World Wide Web. Software development and technological innovations, such as sensors, are also some of the other areas that the auto maker is going to put extra effort on.

There is also Daimler AG.

Dieter Zetsche, who spoke at the Consumer Electronics Show (CES) last week, had something entirely different to present at the annual convention. As reported by Reuters, the Mercedes prototype that was brought along and displayed at the CES 2015 has been equipped with technologies that enable it to perform autonomous driving. Passengers, on the other hand, just need to gesture with their hands so they can perform Internet actions such as searching for names of restaurants.