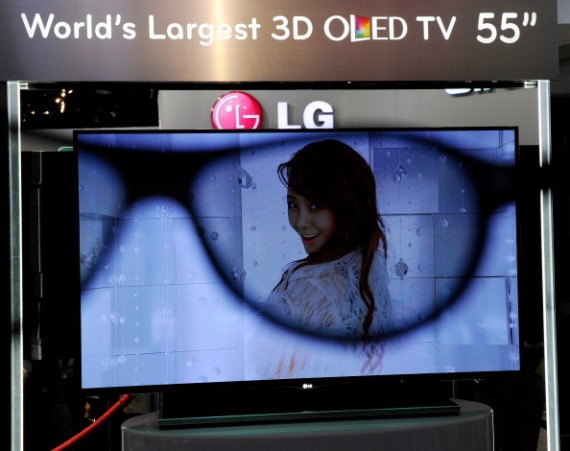 LG plans to increase its production this year after reaping so much success with its OLED television offerings in 2014. The Korean firm also seeks to claim top spot in the car display market in 2015.

According to Some Tech News, LG Display's plans for this 2015 include increasing the production capacity growth of its products in the OLED TV panel sector.  The South Korean based company, LG Display Co Ltd, made an announcement saying that its monthly production for the innovative and impressive Organic Light-Emitting Diode panels will not only be doubled or tripled but quadrupled. All these will take place before the year 2015 ends.

In addition, LG Display also released a statement saying that the company, which is the supplier not only of LG Electronics Inc. but also Apple Inc., is putting more efforts to become the leader in the car display market in 2016.

These plans are going to push through despite beliefs that the organic light-emitting diode technology is still extremely pricey for it to be a successful component of television production.

According to Reuters, the LG Display is hoping that the OLED technology it makes use of will increase the competitiveness of the company, especially over its primary rivals in TV production. It was also mentioned that the increase would be from its current 8,000 unit production to a whopping 34,000 unit production.

LG has pointed out that the technology behind OLED makes it a lot better than the LCD (liquid crystal display) technology, since the former provides far more superior picture quality at a much lower consumption of energy. Of course, this comes with a price, as OLED is costlier to develop and use, especially in TV technology. In fact, LCD is several times less pricier compared to OLED, which makes it a mainstay in the market.