Raspberry Pi 2: Better And Faster Processor Compared To Its Predecessor; Newer And Improved Version Priced At $35 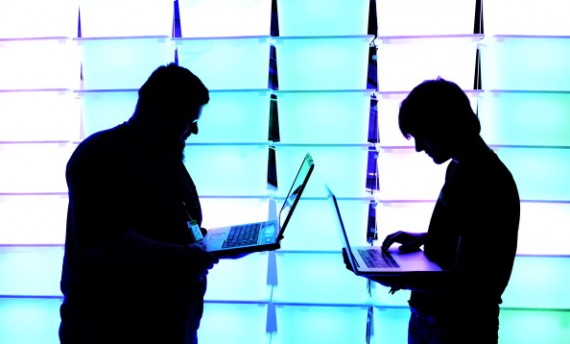 When the Raspberry Pi Foundation first released its product to the world in 2012, nobody expected it to succeed. After three years, the foundation is releasing a newer and improved version of its bare bone computer.

The new Raspberry Pi 2 has a quad-core ARM Cortex-A7 CPU that runs at 900MHz. The memory is now at 1GB - a LPDDR2 SDRAM- which will give users twice the memory.  The Pi 2, which is also said to be compatible with the Pi 1 according to the Pi foundation, supports up to 4 USB ports and uses a Micro SD card as its main storage.  The price though, remains the same which is at $35 USD.

The Pi computers are designed for students, hackers and computer enthusiasts to conduct experiments, create projects and for computer coding.

The improved processor has enabled the Pi 2 to handle more power applications such as the Snappy Ubuntu Core and the Windows 10 from Microsoft.

The original Pi computer is powered by a single core ARMv6 that runs at 700MHz and is only sporting 512 MB of RAM, which is only half the RAM of the new Pi 2.  The physical structure of the Pi 1 and Pi 2 is almost the same though.

According to the foundation, the processing power of the Pi 2 will be felt more strongly on the education sector.  Pi advocate Matt Richardson said that while "hackers and makers" are visibly impressed by the Pi 2, he believes that students will benefit more with it because they can code programs much faster in the new Pi.

The price of $35 USD for the Pi 2 can also be a powerful incentive for schools to acquire them although no data can be presented on how many Pi computers are being used in schools. Computer enthusiasts and hackers though are its most visible customers.