Ebola Used As A Weapon: Will That Ever Happen? 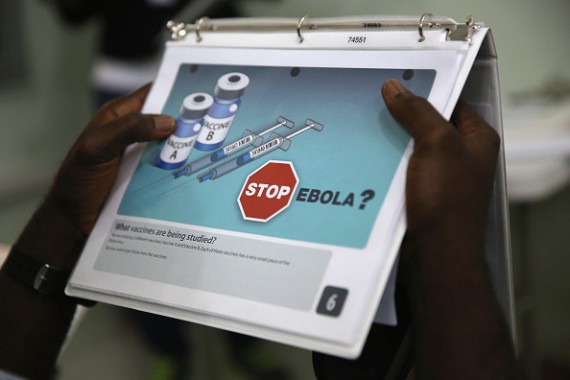 Terror groups have not been shy about using mass deaths to send a chilling message among governments, so the possibility of creating the unthinkable is never really last on the list. According to Scientific American, there is a possibility that the Ebola virus can be turned into a deadly weapon by bio-terrorists in war stricken countries.

This idea was supported by a report published by Global Research, where Dr. Wouter Basson in the 80s commenced a special mission to create a chemical instrument that can kill or infect black people. The research included the Ebola virus as an agent.

According to Professor Anthony Glees, director at Buckingham University Centre, this idea is very believable considering that terrorists are ready to die and may subject themselves to the experiment. The militants can also be very cruel and they can easily learn this experiment in no time.

RT UK reported that experts from the British Military expressed their concern about the possibility of Ebola as a weapon. The detection of this kind of weapon is harder to perform and terrorists can easily travel in and out of the country without actually detecting the virus. Militants are all about spreading terror, and countries all over the world are not discounting the possibility of considering Ebola as a new weapon of mass destruction.

Amanda Teckman, who published a comprehensive detail on "The Bioterrorist Threat on Ebola in East Africa" expressed her concerns that indeed lawmakers should not disregard the issue because when and if it happens, there will be a major devastation, Fox News reported.

Considering the experience of West Africa where the mortality rate of those who were infected with the virus reached 70 percent, the possibility of using Ebola as a weapon is a very dangerous indeed. However, scientists claimed that there's one good news since the virus, although highly communicable, can be easily contained since it's transmitted through direct contact of bodily fluids rather than airborne.