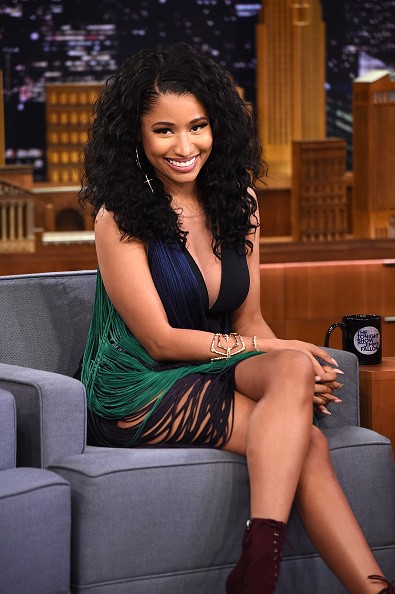 Are we actually seeing a new power couple on the rise in the music industry? It may be too early to say, but what Nicki Minaj and Meek Mill is showing certainly fired up rumors that they are taking their relationship seriously.

After several billboard topping albums and an 11-year relationship from Safaree Samuels, Nicki seemed to find her way to a new and interesting stage of her life with Meek Mills.

MTV News reported a picture of a laidback Nicki Minaj and Meek Mills dining out and enjoying their pasta. The photograph reportedly was taken a while back.

However, both Nicki Minaj and Meek Mills are starting the year seemingly not caring about what others think of their relationship as they have begun going out together in public. While there is no direct confirmation from them, the picture posted by the "Pills 'N Potion" singer on her twitter account, also seen on uproxx, says a thousand words. Fans didn't even have to speculate, seeing that sweet, cuddly moment between the two.

Meek Mill has been in the music industry for years now, and even formed a band in 2003 that lasted until 2008 called The Bloodhoundz, so she can't be accused of riding on the coattails of Nicki Minaj.

For her part, Nicki Minajs has been very candid about her supposed relationship with Meek Mill, saying they are friends and that he's "dope,"but that is not what the fans see in their pictures.

The "Anaconda" rapper and Meek Mill started being hounded by rumors when they posted pictures of them on their social media accounts, with each image seemingly more sweet than the last one.

Meek Mill, a Philadelphia-based rapper, has performed with Nicki Minaj on several occasions and even collaborated with the latter's PInkPrint album.

It seems that Meek Mill's stint in prison for gun and drug chargers is all under the bridge now that he allegedly found romance with Nicki Minaj.