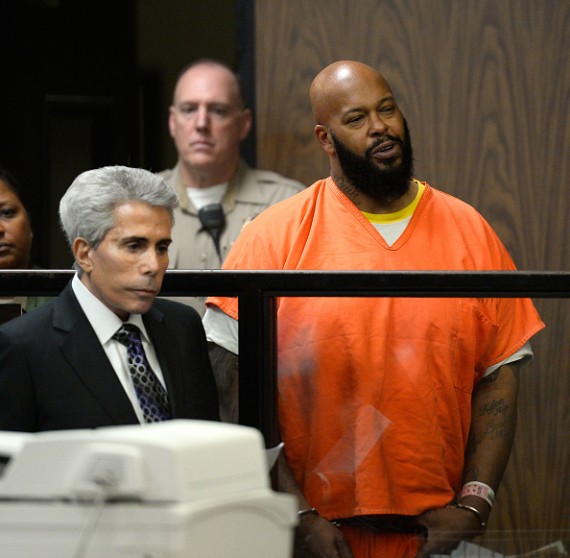 In a strange turn of events for music mogul Suge Knight, his arraignment to court for hit-and-run charge cost him a trip to the hospital after suffering from a panic attack, according to TMZ's unidentified source.

David Kenner, Suge Knight's lawyer confirmed this, as Daily News reported, by telling the press he may need to stay overnight in the hospital. No other details were mentioned. As the co-founder of Death Row records, the high-profile arraignment led to a not guilty plea. His appearance in court was uneventful and said a few things before he let his lawyer proceed with his pleas.

Suge Knight was rushed to the hospital an hour after his arraignment.

Although he expressed his remorse over what happened, his lawyer said that it doesn't mean that the music producer has admitted the crime. Maintaining his innocence and appeal that he was attacked, which kicked off a chain of events that ended with somebody being hit, he feels sorry that someone died and that it was an accident.

Authorities have cancelled Knight's immense bail of $2 million because of the possibility that he may risk someone else while he's out.

Back in the 1990s, Suge Knight spent five years in prison for an altercation between his party and Tupac Shakur. Charges against Knight at the arraignment included murder, attempted murder and two counts of hit-and-run.

According to TMZ, Suge Knight is being held in a hospital with handcuffs after suffering from a blood clot caused by stress after the arraignment. Family members of Knight also believe that the clot may have been formed from being shot six times the previous summer. His chest pains are becoming more intense and is being transferred to Long Beach Memorial for a procedure that includes thinning the blood to avoid future blood clots.

An alleged video of the crime is said to be in the hands of the detectives where they can review what actually happened.