Why Are Cavs So Effective In Their Last 11 Games? Lebron James Ready To Keep Cavaliers On Top 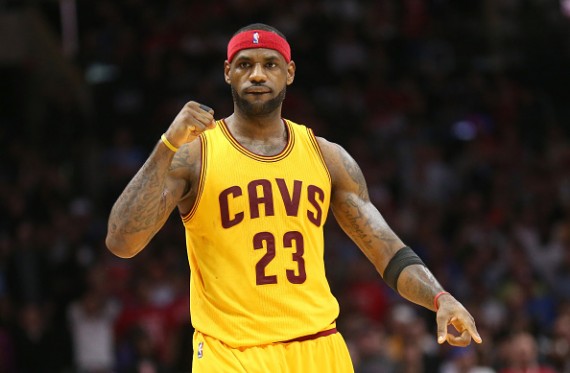 LeBron James was hounded by minor injuries at the start of the season and was  even willing to come off the bench to help lift the Cavaliers in the Eastern Conference. According to ESPN, James is prepared to do whatever is needed to keep the Cavs on top of their game and continue their winning streak.

The Cleveland Cavaliers have been weighing their options during the break and Lebron James announcing his comeback made them hopeful. Their roster was even made better when the Cavaliers acquired Kevin Love from the Minnesota Timberwolves in a three-team deal sending Anthony Bennet and Andrew Wiggins to the Timberwolves, Real GM reported.

Also, Lebron James acknowledged the fact that he wasn't playing well like he's supposed to, Dimemag reported. With the influence he wields on the Cavs, their losing streak would have continued if he couldn't pick up his game and lead the team, Then suddenly everything clicked.

However, with their Eastern Conference standing at 4th on a record of 30-20, LeBron James is not quite ready to relax and enjoy their winning streak. Ohio.com cited that the two-time MVP still thinks they haven't done anything, and it's too early to say that they have earned anything either. When they can finally play in the playoffs and work as a team, it's the only time that matters.

Lebron James was quoted as saying that he believes in what their coach tells them to do. Even if the play does not sit well with them, they just have to learn from their mistakes and everything else will fall into place.

Coach David Blatt also praised how the team handled all the pressures well, working on improving their performance and working on their game day by day. The Cavaliers have learned to improve their communication, as well as their trust on each other throughout the winning streak.