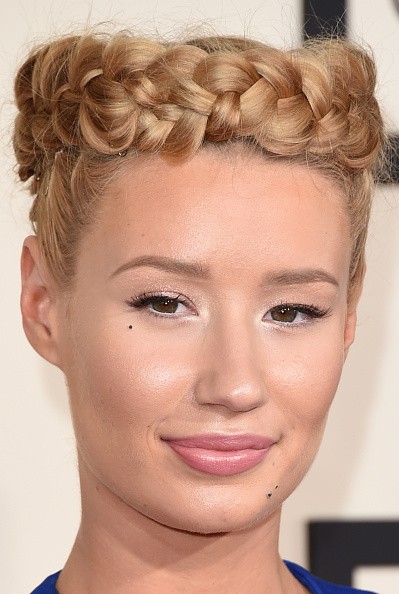 Australian rapper Iggy Azalea wasn't shy about criticizing Papa Johns on Twitter. The feud stemmed from the accusation by Nick Young's girlfriend that the fourth largest pizza delivery restaurant chain shared her number when she ordered from them.

Iggy Azalea said that one of the drivers of the pizza chain gave her number to his family members, prompting her to post a screen grab of a message supposed to be from her number one fan. The Twitter photo was immediately deleted after posting.

According to the Hollywood Reporter, Nick Young's girlfriend expressed her dismay on Papa Johns for covering up its drivers and refusing to hand out pictures of them, so the rapper can identify the offender.

The rapper, who received  four nominations at the recent 57th Grammy Awards, was quoted as saying, "Papa Johns was my favorite pizza, but the drivers they use give out your personal number to their family members."

A screen grab of Azalea's twitter posts was featured on Time, where several more of her rants were posted, too. Papa Johns answered by tweeting @iggyazalea we should have known better. Customer and employee privacy is important to us. Please don't #bounce us.

However, reports are not available whether Iggy Azalea was pacified by Papa Johns' reply or not.

A screen grab acquired by Mashable showed the text message she received from one of the family members of the driver.  She continued her tirade saying "I ordered a cheese pizza, instead I got tons of calls and messages like this one."

Nick Young's girlfriend became even more fired up when supervisors of Papa Johns didn't do any preventive action regarding the matter and instead, offered her updates on her complaint. It is said that all of these pizza rants happened hours before Azalea hit the red carpet.

It is said that after this incident, Iggy Azalea hoped that Papa Johns would reassess its security mechanisms and rein in its drivers if they really want to keep their superstar patrons.