Brad Pitt And Angelina Jolie: The Secret To Their Lasting Marriage; What 5:2 Means To The Hot Couple 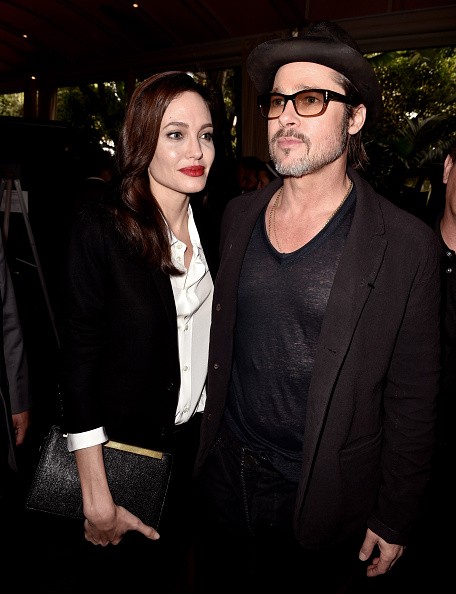 The power couple has been the center of attention when news about their failing marriage emerges on the internet; however, Angelina Jolie cleared these rumors by revealing the secret to her lasting marriage with Brad Pitt.

According to International Business Times, Brad Pitt and Angelina Jolie applied the 5:2 formula in their relationship, in which, for every five days that they spend together, they get to spend two days apart on their own. Their short period of separation has been utilized in exploring their creativity to maintain balance in their relationship. Independent.ie reported that the short period that they were separated made them appreciate each other more.

News about their rocky marriage surfaced when the two were seen spending their honeymoon shooting a film. Endless hours of shooting a film together didn't do wonders for the two either. Reports claimed the honeymoon period was more like working honeymoon in the set. They also notice that most of their tensed moments, where problems arose between the two, was when they were together filming.

In December, Jolie contacted a chickenpox, which meant more days away from the kids and her husband. These situation helped them realized how they need to spend some time apart to give each other space.

Angelina Jolie and Brad Pitt married in August 2014 after being together for seven years. The couple has six children, adopted son Maddox, who was hailed from Cambodia, Zahara from Ethiopia, Shiloh Nouvel, who is their eldest  biological daughter, Pax Thien from Vietnam, and the twins Knox Leon and Vivienne Marcheline.

Angelina Jolie was previously married to Billy Bob Thornton and Brad Pitt to Jennifer Aniston. The two met during the filming of "Mr & Mrs Smith," and the "Fight Club" star was still married to the "Cake" actress at the time.

Angelina Jolie denied rumors that they started their relationship while they were shooting but admitted to falling in love with Brad Pitt at the set of "Mr & Mrs Smith."