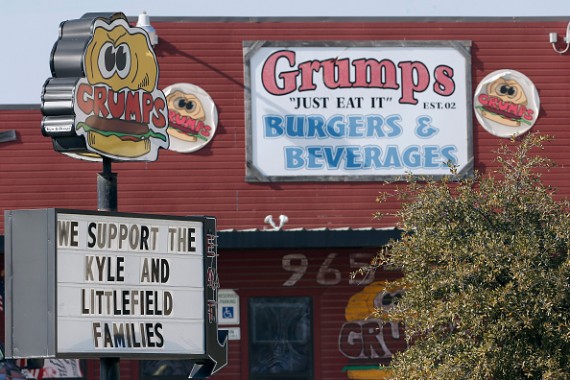 The killing of Chris Kyle by Cpl. Eddie Ray Routh shed some light into the legendary Navy SEAL sniper because of his memoir.

Sniper Kyle served four tours in Iraq that subsequently gave him enough experience to tell his story. His memoir that has been adapted into the big screen, "The American Sniper" starring Bradley Cooper, which already grossed $300 million.

According a report from Yahoo Movies, in an event prior to his killing, Chris Kyle let a comrade know how he thought Routh was crazy by texting, "This Dude is straight - up - nuts." The defense attorney used this to send his message that Routh is not in his proper mind to do the crime.

A prosecutor, however, insisted that even at the current state of Routh, he still knew what was right and wrong at the moment. It is said that Attorney Alan Nash described Routh as a troubled young man and intoxicated with a mixture of marijuana and whiskey in the morning of the shooting. He suggested that no amount of mental illness should liberate Routh from owning his crime.

The defendant's attorney insisted that Chris Kyle knew that Routh was uncontrollable during the time, and knew they were going to be the target or else.

Chris Kyle only decided to help when Routh's mother sought his help. She also gave details on how Kyle struggled getting back to normal after he made his four tours in Iraq. He was constantly hounded by his past and Kyle and Littlefield's relationship has been very close.

Routh admitted his crime after killing Chris Kyle. If convicted, Routh will face life in prison without the possibility of parole.