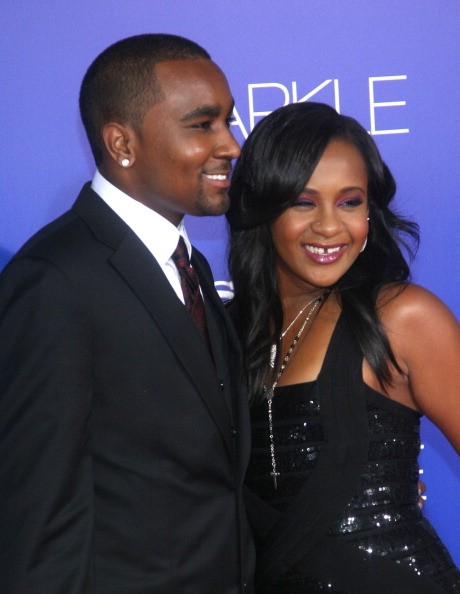 Bobbi Kristina is recuperating in hospital and barely responsive after she was found face down in a bathtub inside her apartment in an apparent suicide attempt. A week prior to the shocking incident, a neighbor of Whitney Houston's daughter called the gated community security guard and reported that a fight has broken down in the property.

Rick Gilbert, the community's security guard, immediately called 911 and said that one of Bobbi Kristina's neighbors reported an altercation at the property. The lady caller said she can see people fighting outside the townhouse, but the security guard failed to describe the people involved. At this point, the 911 operator requested the security guard for a return call from the lady which never transpired.

According to Yahoo Celebrity, the Roswell Police Department confirmed to US Weekly that they have already treated the case as a criminal investigation. Investigators clarified that Bobbi Kristina's case has been under the criminal investigation from the start and its continued process has not reclassified it otherwise. Another investigation stemmed from suspicious body marks found on Whitney Houston's body when she was found, which would rule out suicide attempt.

According to TMZ, Bobbi Kristina and Nick Gordon's spats were not a secret to their close friends saying that jealousy was a big factor in all that.

Nick Gordon allegedly feels like Bobbi Kristina is getting more of the attention and fame while he claims that they were both raised by superstar Whitney Houston when she was still alive. Most of their arguments reportedly led to domestic violence which explains some of Bobbi Kristina's suspicious marks.

The eerie similarity of Bobbi Kristina's fate to that of Whitney Houston, who was also found unresponsive in her bathtub at the Beverly Hilton Hotel, couldn't quiet down the speculation that Bobbi Kristina did try to commit suicide.