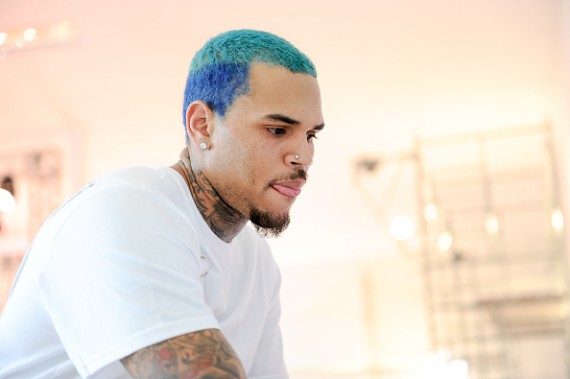 The 57th Grammy Awards didn't end without a little controversy in connection to the campaign against domestic violence. The short video was introduced by President Barrack Obama that aims to bring awareness to the issue.

According to US Magazine, the clip regarding domestic violence was highly relevant but didn't sit well with others, calling it hypocritical. It seems very inappropriate for the Grammys to feature such moving message while celebrating two known transgressors at the same time. Viewers took to twitter their sentiments about the incident.

Many raised their eyebrows at the incident but nothing can be compared to "All Time Low" singer Alexander Gaskarth where he went straight to the point and dissed Chris Brown on the spot.

Eonline was able to post a screen grab of the two's twitter exchange boiling from a Gaskarth's comment of "Wow. Unbelievable. Maybe #ItsOnUs to not invite people like @chrisbrown to the  Grammys. Am I wrong?"

Chris Brown then replied with a tweet asking Gaskarth about a VIP ticket to the pearly gates in which the latter brushed off the innuendo and said he's more worried about the present, the double standards and the messages sent.

Chris Brown avoided making any derogatory comments about the tweet. When he was still with Rihanna, the case of domestic violence landed him five years of formal probation and 180 days of community labor.

In an interview with Hot97's Ebro, Chris opened up about the incident and how young he was at the time. He acknowledged what he did saying it was something he'll never do again. He also mentioned how he preferred to keep those skeletons inside, but his celebrity status won't let him. He also maintained that he and Rihanna made amends after the reported domestic violence.

Chris Brown is currently with model Karrueche Tran, while Rihanna is rumored to be dating Leonardo DiCaprio.