Beck Responds To Kanye West’s Behavior At The 2015 Grammys 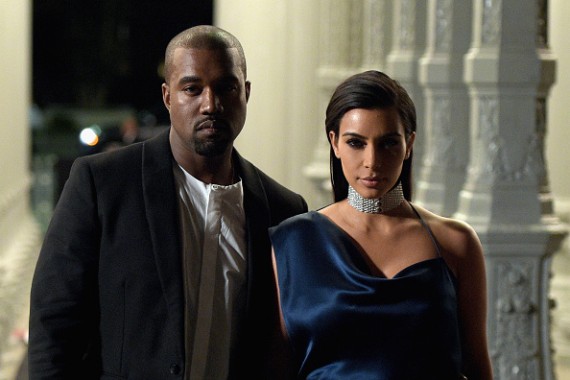 Kanye West can be so outspoken and honest about how he feels, and everybody had seen that honesty at the 2009 VMA's when he interrupted Taylor Swift while making her acceptance speech and insisted that Beyonce should have won insteasd. Six years after, at the 2015 Grammy Awards held last Sunday, the rapper seemed to have repeated the awkward scene when he attempted to disrupt Beck's acceptance speech for Album of the Year.

According to ET Online, Beck downplayed the incident and acknowledged Kanye West's presence on stage by asking him to come back and join him.

Beck was more than happy to see Kanye West climb up, even mentioning the latter's numerous award winning albums, saying he deserves to be on stage.

However, Kanye West felt the opposite as he ranted about respecting the craft and that Beyonce was more deserving of the award than anyone else. Kim Kardashian's husband was quoted saying, "Beck needs to respect artistry and he should have given his award to Beyonce, and at this point, we tired of it." Beck himself was even surprised at his award and thought Beyonce was the one who's going to win.

When asked about what he felt about the Kanye West incident, Beck simply said, "You can't please everybody, man. I still love him and think he's genius. I aspire to do what he does".

In a video clip obtained by ET Online, viewers could see Jay Z's worried look when he saw Kanye West come up the stage. Beyonce, on the other hand, was shouting what looked like an "oh my god! No." The look of relief on the couple's faces immediately showed when West turned back without making any harsh comments about Beck.