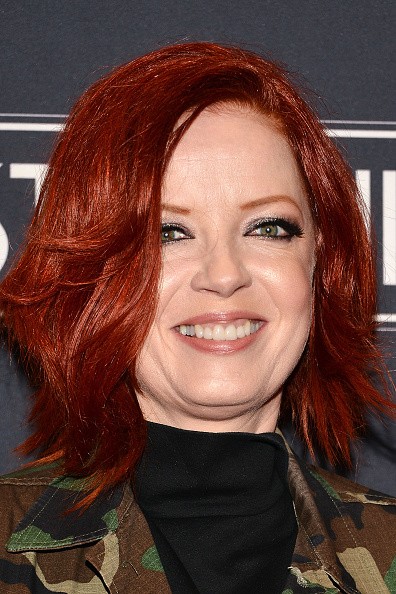 It's not every day viewers can see Garbage lead singer Shirley Manson on the headlines as she seemed to have faded into the background to focus on family. However, she broke her hiatus just to express her dismay over Kanye West's latest stunt at the 2015 Grammys.

In a report by Yahoo Music, Shiley Manson thinks that Kanye West is a spoiled individual who makes himself even smaller by creating these antics on stage. In an open letter posted by Manson on her Facebook account, she ranted on Kim Kardashian's husband's lack of empathy to his fellow musicians saying he's the one who is disrespecting the craft. She wrote:

It is YOU who is busy disrespecting artistry. You disrespect your own remarkable talents and more importantly, you disrespect the talent, hard work and tenacity of all artists when you go so rudely and savagely after such an accomplished and humble artist like Beck.

You make yourself look small and petty and spoilt. In attempting to reduce the importance of one great talent over another, you make a mockery of all musicians and music from every genre including your own.

Grow up and stop throwing your toys around. You are making yourself looking like a complete twat.."

Garbage singer Shirley Manson also shed light on the fact that Beyonce probably doesn't need Kanye West's help as she is capable of dealing with the situation herself.

Kanye West once made an outrageous act when he interrupted Taylor Swift's acceptance speech at the 2009 Video Music Awards. After that, he received backlash from viewers and even his fans. He took the stage to express his thoughts about the award, adding that Beyonce should have won instead of the "Blank Space" singer.

Now, Kanye West again received a backlash in a latest stunt he pulled at the 57th Grammy Awards by climbing the stage when Beck came to receive his award. Although, the rapper appeared to be making a joke when he climbed down without saying anything, his true feelings were known during the after-party interview with E! where he said that Beck should have given the award to Beyonce.