Pope Francis As The Most Skilled Politician? 266th Pontiff Preaches Compassion Regardless Of Situation 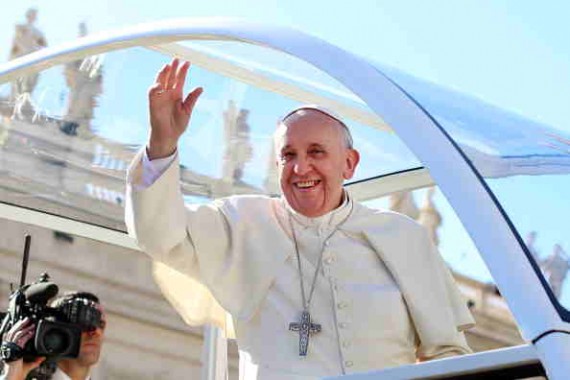 Pope Francis has been labeled as the "People's Pope" because of his down-to-earth nature and also his penchant to veer away from norms of Vatican, which prompted some observers to describe him as the most skilled politician.

The 266th Pontiff isn't even afraid to touch on subjects considered taboo by Church history. He has talked about gays and lesbians, his stand towards birth control and the issues hounding the Catholic ministry on sexual abuse. All these and more were dealt by the Pope in a compassionate and merciful way while also making sure his message is getting through.

According to Bloomberg, John Wauck, professor at the Pontifical University in Rome, said that Pope Francis is "capitalizing on the fascination he exercises." His atonement and humble reasons in the subjects that were barely discussed by his predecessors were highly embraced by people of all religions.

Owing to his underrated skills as a politician, Pope Francis will be the first to address a joint session in congress after he succeeds in facilitating the restoration of the Cuban-U.S. ties. His other mission is to conquer China in a more diplomatic approach at the Communist country, hoping to repeat the same success he had in Cuba.

A small exchange of respect has been noticed between the two states considering how the Pope did not visit the Dalai Lama, which earned a nod of Chinese authorities.

President Xi JinPing acknowledged that gesture by allowing Pope Francis' plane to fly across China's airspace. That's the first time a pontiff was given that right. When Pope Francis assumed his post, he talked more about geo-political subjects rather than religion which proved his political savvy, said Eduardo Valdez, an Argentine diplomat. The Pope is tagged by the diplomat as a "frenetic reader of International Affairs."

The positive rating that Pope Francis has right now is because of his ability to address sensitive issues like sexual assault in Catholic church, a topic said by many was poorly dealt by predecessor, Pope Benedict.