Kanye West Defending Himself When He Said ‘Voices’ Told Him To Interrupt Beck? 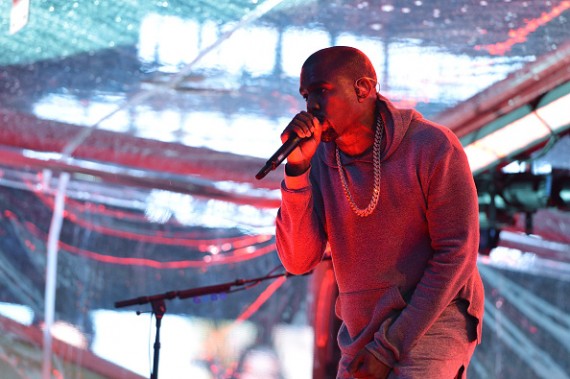 Kanye West faced a backlash from his stunt during the 57th Grammy Awards where he interrupted Beck who was about to gave his speech after winning Album of the Year. The "Yeezus" rapper explained himself when he opened up to Ryan Seacrest in an on-air interview.

According Yahoo Music Kanye West explained that the voices in his head told him to go up the stage. He admitted doing it to make fun of the incident in 2009 but realized Beck has a limited time to do his speech before in the Grammys. His Grammys stunt didn't quite sit well with the viewers and other celebrities who called out Kim Kardashian's husband for being arrogant.

He even said that if the Grammys want artists to keep coming back, they need to stop playing with them.

Kanye West nevertheless acknowledged Beck by saying musician is one of the nicest guys and well respected in the music industry, and he didn't have the right to steal his shine by interrupting him at the Grammys.

Beck opted to walk the high road as he refused to be dragged into the comments made by Kanye West questioning his victory at the 2015 Grammys. Instead, he acknowledge West's contribution to the industry and the records he made in five years.

If anything else, despite interuppting Beck, Kanye West has another reason to celebrate as finally made amends with Taylor Swift, whom he ranted on at the 2009 video music awards, during the 2015 Grammys.

According to People, Kanye West took the opportunity to tell his thoughts about the awards night because he was asked of his opinion and was given a platform. The rapper also retracted his comment about respecting artistry saying it was a mis-wording on his part and hopes he and Beck could still hang out together.