‘Fifty Shades Of Grey’ Not Quite As Racy As Books; Movie Rakes In $81.7-M On Its First Week 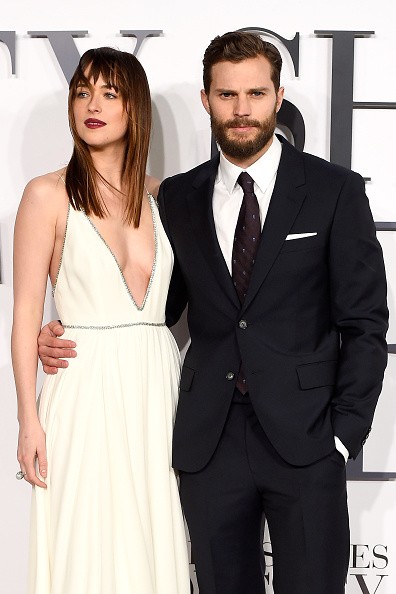 The highly anticipated movie release of E.L. James' book, "Fifty Shades Of Grey" has proven to be a hit, but movie critics noted how the film differered from the novel.

According to Entertainthis, the Sam Taylor-Johnson creation was only an adaptation, which is bound to have some differences in the very popular book by E.L. James. For one thing, the film is quite subtle than the author's version.

Claudia Puig, a movie critic for USA TODAY, acknowledged that although there were slight differences, it was for the best.

The film had to deviate from the racier themes of the book, as well as skip much of the details of the sex and dominance scenes.

In the movie "Fifty Shades Of Grey," Anastacia Steele has a job as an assistant editor to a certain Jack Hyde. It is said that the first book of E.L. James did not specify any form of job for Anastacia.

The ending, although significantly pointed as far from heartwarming, shows Anastacia in the elevator while she leaves Christian Grey's apartment. That's quite different from the book where Anastacia went as far as her home, crying.

Also, Anastacia's sexuality was not highlighted in the movie unlike its description in the book.

Another issue that came out about the slight difference of the movie from its book adaptation is Anastacia's food issues. In the movie, Christina made it clear that Anastacia should stick to a healthy diet without actually pointing her issues mentioned in the book. Last but not the least, the movie portrayed less sex scenes than that of the book.

The storyline is about a female college student substituting a friend in interviewing Christian Grey for the school paper to which it turned out to be more than what she expected. "Fifty Shades of Grey" stars Dakota Johnson as Anastacia Steele, Jamie Dornan as Christian Grey and Rita Ora as Mia Grey.

"Fifty Shades of Grey" opened in theaters on Feb. 13, 2015 and it is said to have raked a record breaking $81.7 million dollars in its first week.